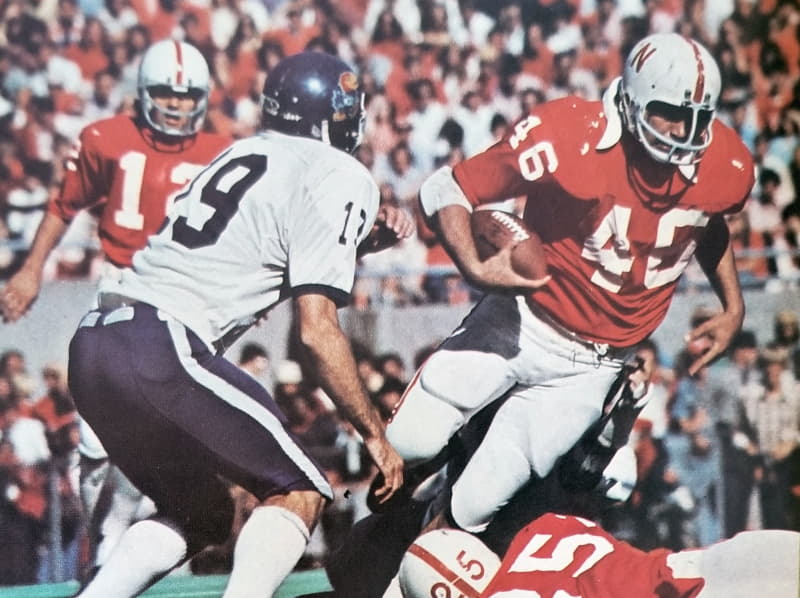 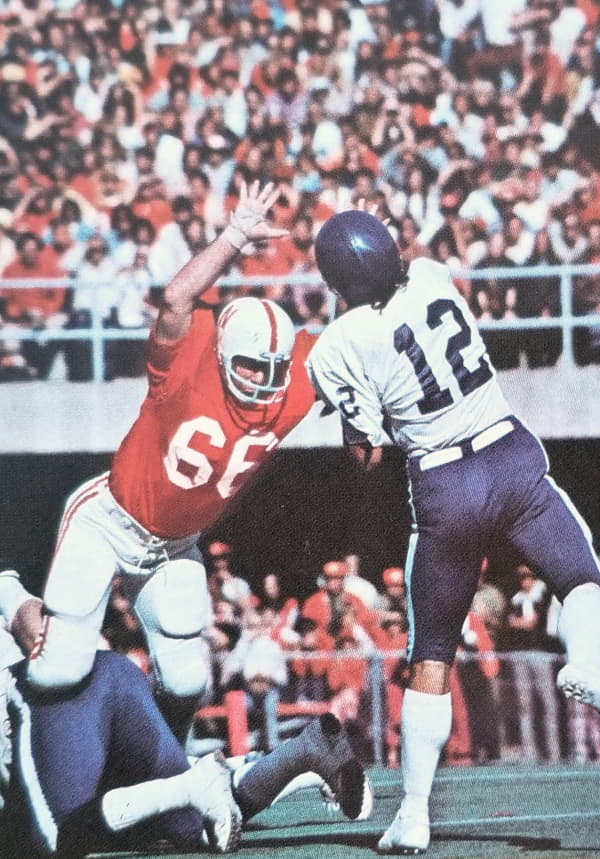 Rich Sanger’s field goal in the fourth quarter was the difference as Nebraska got back in the win column with a 10-9 decision over Kansas.

An anticipated aerial dual between David Jaynes of Kansas and the Cornhuskers’ Dave Humm instead became a battle of the defenses as the Husker Black Shirts didn’t let Jaynes throw and Nebraska elected to stay on the ground most of the way.

Nebraska went 80 yards on 15 rushing plays to score in the first quarter, with Tony Davis banging over from the two and Sanger adding the point.

It looked like KU might be shut out in the first half, but a Husker fumble gave the Jay­hawks a field goal chance with a minute left, and Bob Swift’s 26-yard boot made it 7-3.

Kansas drove 18 yards to score in the third quarter after Randy Borg fumbled a Jayhawk punt. Delvin Williams capped the march with a four-yard TD run to make it 9-7. Ardell Johnson gave the Huskers their victory break by blocking Swift’s PAT kick.

Then Bob Nelson set the stage for the win. The big junior linebacker intercepted a Jaynes pass at the KU 29 and returned it to the 16. Four plays later Sanger kicked a 28-yard field goal for a 10-9 lead early in the fourth quarter. Jaynes was kept in check the rest of the way, and the Huskers played it safe to notch win No. 5.

NOTES: Jaynes’ interception was just his second of the season. … Nebraska was ranked 11th and Kansas 18th entering the game.