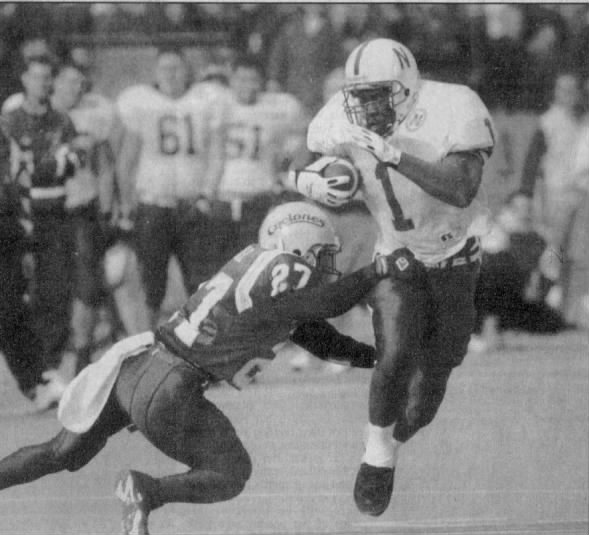 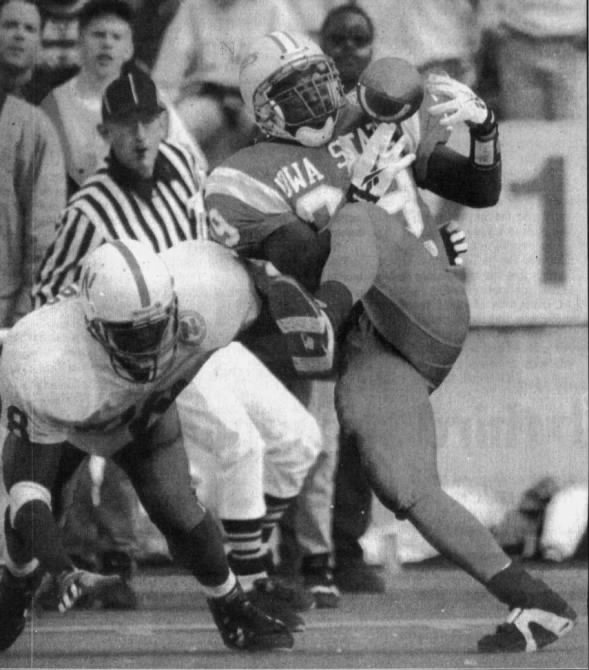 Nebraska used up the first 7:26 minutes of the game to drive 80 yards and go up 7-0 on a 1-yard run by Lawrence Phillips. The pesky Cyclones, with 18 players on their roster from the state of Nebraska, took advantage of three Husker turnovers to make the game closer on the scoreboard than it was on the stat sheet.

Back-to-back field goals by ISU’s Ty Stewart, one set up by a Nebraska fumble on its own 18, put the score at 7-6. A 38-yard TD strike from Brook Berringer to Abdul Muhammad with just 57 seconds remaining in the first half gave the Huskers a more comfortable 14-6 intermission lead and a 202-55 yardage advantage.

A 58-yard pass from Todd Doxzon to Calvin Branch brought the Cyclones within two at 14-12, but Nebraska was the only team to score in the fourth quarter as Damon Benning scored on a 6-yard run at 12:09 and Phillips on a 21-yard run with 1:25 remaining.

Phillips rushed for more than 100 yards for the 11th consecutive time as he led all rushers with 183 yards and two TDs. With his first carry, the true sophomore joined 15 other Huskers who have rushed for 2,000 yards or more in their career.

Berringer became the 19th Husker to pass for over 1,000 yards in a season.

The win assured Nebraska of at least a share of the Big Eight title.

Nebraska struggled. Or Iowa State rose up one last time. Take your pick.

Except for the margin of victory, the statistics would indicate Nebraska did pretty much what it was expected to do.