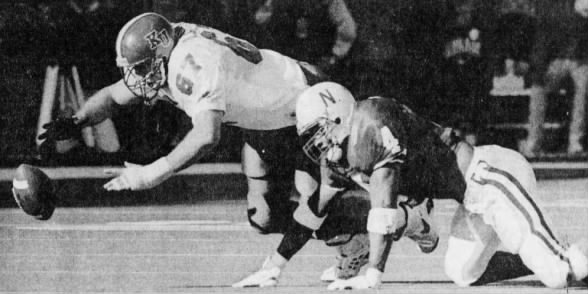 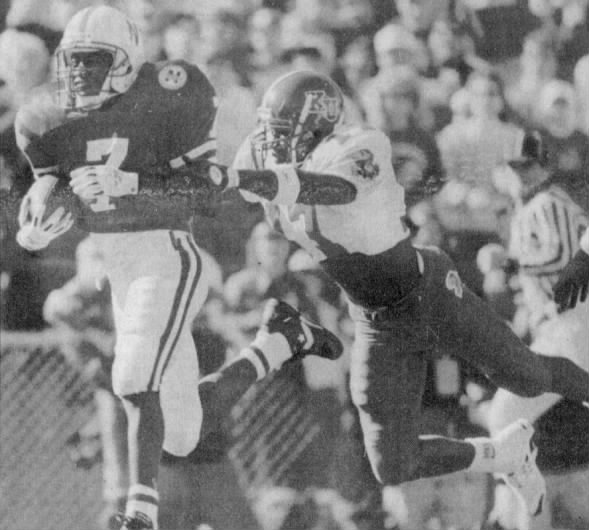 Nebraska scored 31 points in the first 19 minutes on its way to a 45-17 win over Kansas in the Huskers’ final home game of the season.

KU’s Asheiki Preston was intercepted twice in the Jayhawks’ first three plays from scrimmage, and Nebraska converted the first into a 35-yard field goal by Tom Sieler and the second into a 51-yard TD pass from Brook Berringer to Reggie Baul.

After a three-and-out punt on its first possession, Nebraska scored on its next six possessions, including five touchdowns in a row to take a 38-10 halftime lead.

The Husker offense had 10 plays of at least 15 yards and a season-high 267 yards via passing, the most by a Nebraska team since 1978. In addition, NU rushed for over 300 yards (336) for the eighth time this year, for 603 total-offense yards. It was the fourth time this season that the NU offense totaled over 500 yards.

Berringer completed 13 of 18 passes for 267 yards with no interceptions and two TDs. The yardage mark was the seventh-best in Husker history and 30 yards behind Dave Humm’s school-record 297. 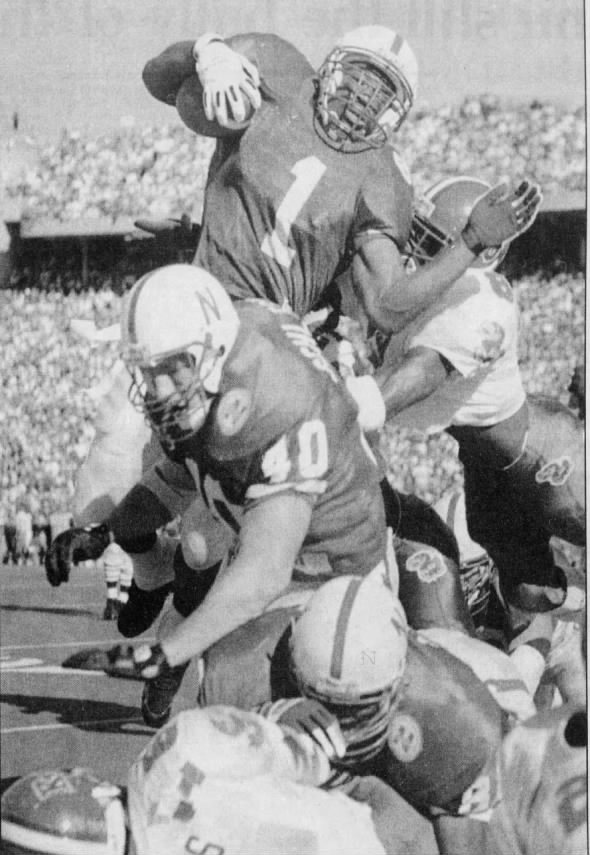 Nebraska under Berringer looks like something out of the state of Florida. That potent.

The Jayhawks had to settle for no serious injuries as their only bonus for another four quarters of frustration against Nebraska.