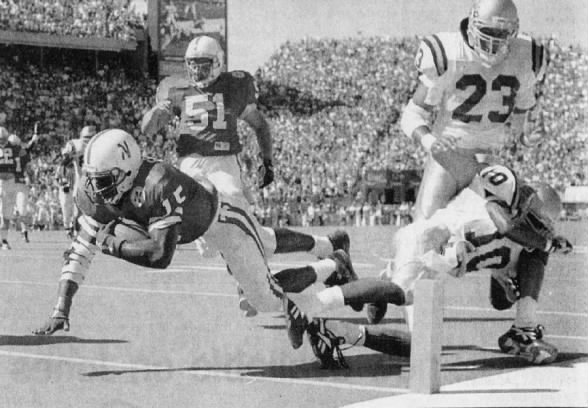 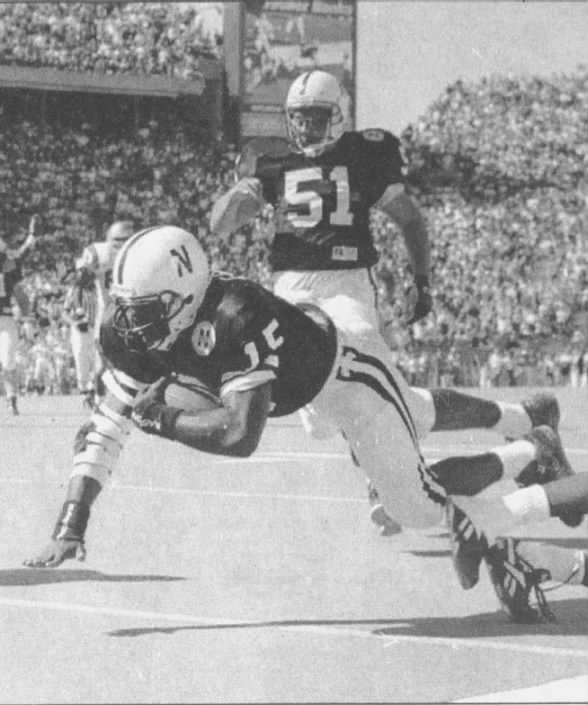 After being held without a first down on its first possession, Nebraska strung together consecutive touchdown drives of 60, 89, 80 and 50 yards.

The Cornhuskers’ success came primarily through their running game, which amassed 484 yards. UCLA had particular trouble shutting down the option play and a misdirection cutback play by the Nebraska I-backs.

“That was humiliating,” cornerback Andy Colbert said after the 13th-ranked Bruins’ 49-21 loss to No. 2 Nebraska. It tied the record for most points allowed by UCLA in the 19 years under Coach Terry Donahue.

UCLA running back Sharmon Shah, pointing out that the Bruins gained 414 total yards, said the Husker offense probably will have to score a lot of points all season. “They’re a tough team, but their test will be can their defense hold up,” Shah said.

UCLA began the second half with an eight-play, 80-yard TD drive. “There was a period of time where we just weren’t stopping them very well,” Nebraska coach Tom Osborne said. “I don’t like to just have to outscore people.”

But UCLA’s offense could not take advantage when its defense stopped Nebraska on NU’s ensuing possession and then forced and recovered a fumble on the Huskers’ next possession at the NU 37. UCLA’s Bjorn Merten missed a 42-yard field-goal try, and on NU’s second play after that, I-back Lawrence Phillips bolted 60 yards to set up an 8-yard TD run by Clinton Childs to make the score 35-14 and commence the rout. 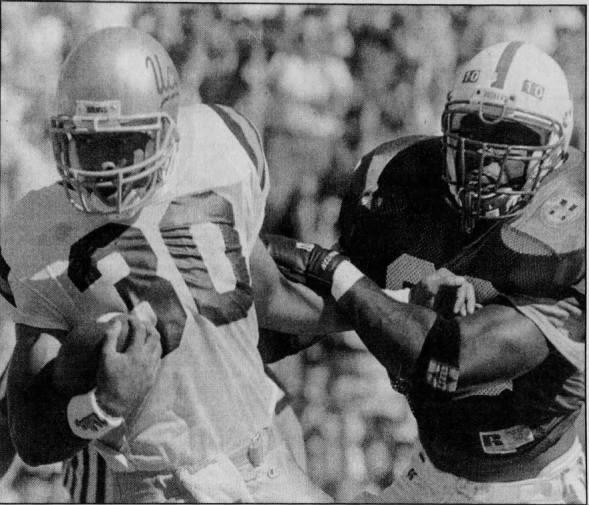 UCLA's defense spent much of Saturday doing the backstroke. It was hammer time, and UCLA was the nail.

Through three games this season, the Cornhuskers' biggest weakness seems to be a tendency toward disinterest. They need to be challenged.

Nebraska seemed a little disappointed in general that UCLA was such a pushover.

Afterward, the Bruins sounded not so much defeated as paroled. At last, Nebraska was in their rear-view mirror, ready to bear down on Pacific and Wyoming and the rest of an unprepared America.