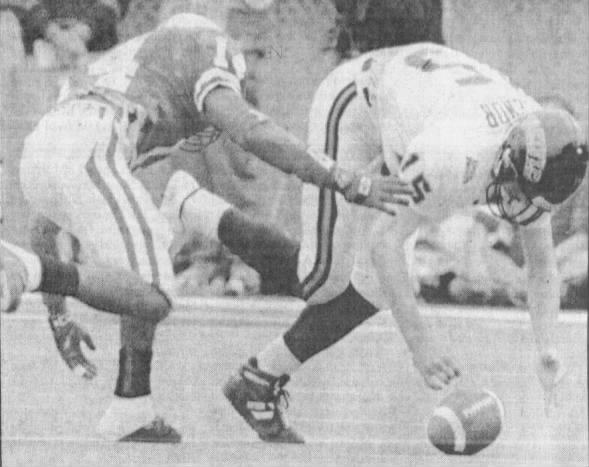 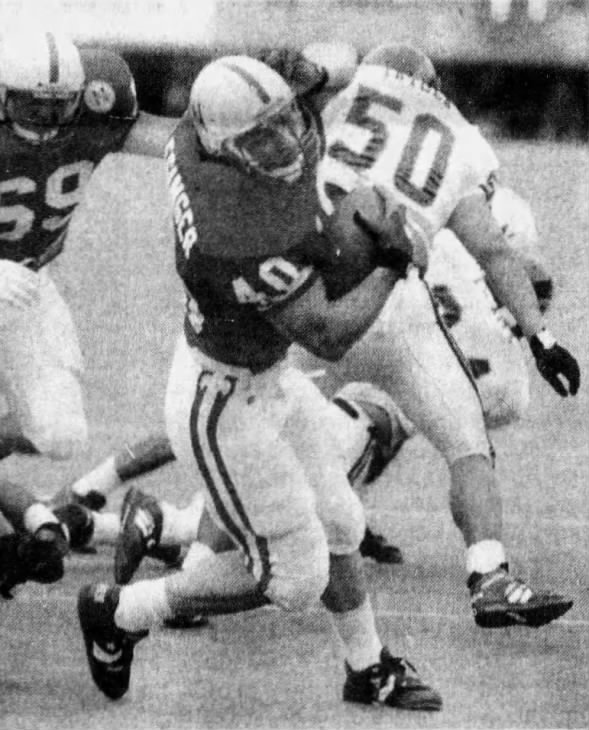 Smooth sailing against Pacific, but Frazier out

The Huskers scored on their first seven possessions and on 10 of their first 11 in a 70-21 romp over Pacific in Lincoln.

Nebraska’s 49 points in the first half tired a school record, and the Huskers’ 699 yards of total offense amounted to the seventh-highest total in program history. At the end of the first quarter, NU held a 262-31 yardage edge and freely substituted, playing more than 100 players.

With 510 rushing yards, it was the Huskers’ third consecutive week with over 400 yards rushing. Lawrence Phillips ran for 138 yards on just nine carries for his fourth consecutive 100-yard game.

Quarterback Tommie Frazier played just nine plays before leaving the game complaining of a calf bruise. His replacement, Brook Berringer, completed 8 of 15 passes for 120 yards and three touchdowns and rushed for 32 yards. Of Nebraska’s 12 completed passes, 11 went to different receivers.

The defense, meanwhile, held Pacific scoreless until midway through the third quarter after Nebraska had built a 56-0 lead. Cornerback Barron Miles blocked two punts, while Trampis Wrice blocked a third.

On the Sunday after the game, Frazier was hospitalized with a blood clot behind his right knee. He remained in the hospital until Wednesday afternoon as doctors dissolved the clot. He would not play again until the bowl game.

That 70-21 victory over out-of-place Pacific was a sad day for Nebraska football. It was the day that two schools bowed down and kissed the almighty dollar.

The Cornhuskers ran right and they ran left. They even passed, which is not always legal in this state.