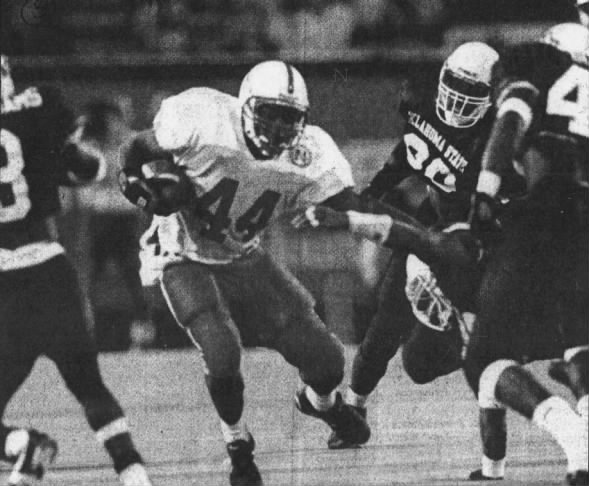 Husker rule second half, get 200th win for Osborne

Husker mentor Tom Osborne earned his 200th career win as Nebraska pushed its way to a 27-13 victory at Oklahoma State to open Big Eight action. Osborne became just the third active coach to reach the 200 plateau, the 11th overall and the fastest ever, doing so in an unprecedented 21 years (249 games).

A Nebraska fumble on its own 24-yard line and two field goals gave Oklahoma State a 6-0 lead at the end of the first period. The Huskers answered with a 28-yard field goal by Byron Bennett early in the second, but the Cowboys added an 80-yard TD drive to lead 13-3. Bennett kicked a 26-yard field goal as time ran out in the first half to cut OSU’s lead to 13-6.

But the Husker Blackshirts answered the wake-up call and held Oklahoma State on each of its last nine possessions, forcing eight punts and a failed fake punt. The Cowboys in the second half were held to three first downs and 51 net yards.

Meanwhile, QB Tommie Frazier led a seven-play, 56-yard drive and scored on a 4-yard run with 5:24 remaining in the third quarter to tie the game 13-all. On the first play of the fourth quarter, Trev Alberts sacked Tone Jones for a 9-yard loss back to the OSU 2 on third down. Then cornerback Barron Miles blocked a Scott Tyner punt and smothered it in one smooth motion for the Huskers’ go-ahead TD.

Miles’ blocked punt for the score was CNN’s play of the week and, combined with his eight tackles and one pass breakup, earned him Big Eight Defensive Player of the Week honors.

Calvin Jones added the final blow with a 44-yard TD run with 3:38 remaining. He rushed for a game-high 136 yards.

The Huskers outrushed OSU 203-21 and outyarded the Cowboys 241-51 in the second half. OSU had led the conference in rushing defense going into the game.

Alberts’ 11 tackles were second only to Ed Stewart’s 12. Alberts added a sack and a career-high nine quarterback hurries. 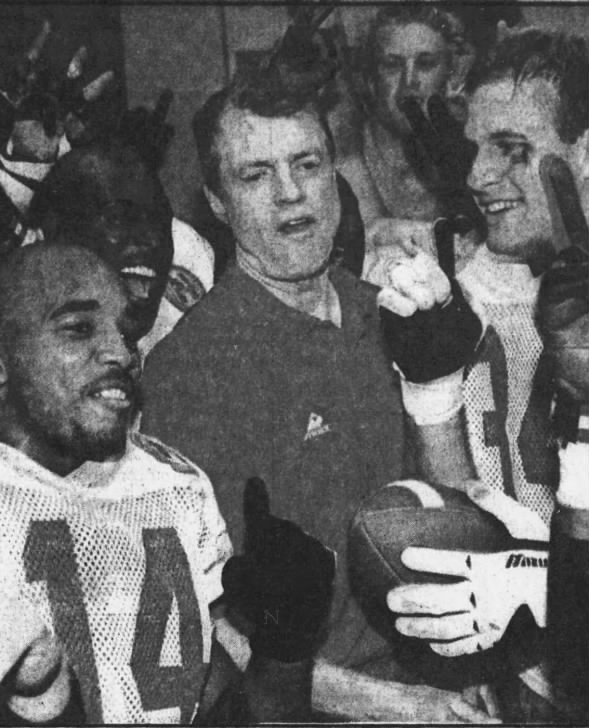