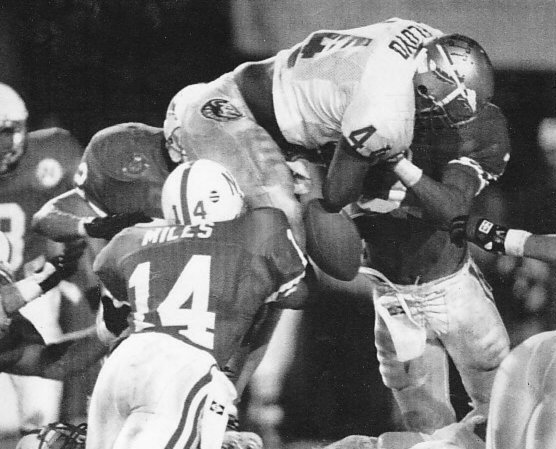 William Floyd scores Florida State’s touchdown … or did he? 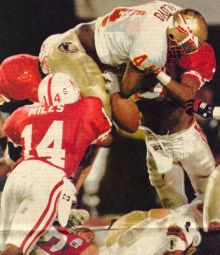 Nebraska, a 17½-point underdog, earned the nation’s respect and finished No. 3 in both polls, its highest final ranking since 1983.

Set up by Lawrence Phillips’ 17-yard scamper and Tommie Frazier’s 32-yard sprint to the 4-yard line, Bennett appeared to have kicked the game-winning field goal with 1:16 remaining. But with Nebraska up 16-15, FSU began its game-winning drive at its own 35, and Scott Bentley kicked his fourth field goal of the game with 21 seconds left to give FSU an 18-16 lead.

Nebraska’s final drive started at its 43 with about 15 seconds on the clock after Barron Miles returned the FSU kickoff 23 yards. Frazier missed tight end Trumane Bell at the sideline but hit Bell on a second try over midfield for a 29-yard gain to the FSU 28. Nebraska immediately called time out as one second remained.

Bennett waited to set up for his second field goal of the game as officials cleared the field of those who thought the game was over, but his kick was wide left. 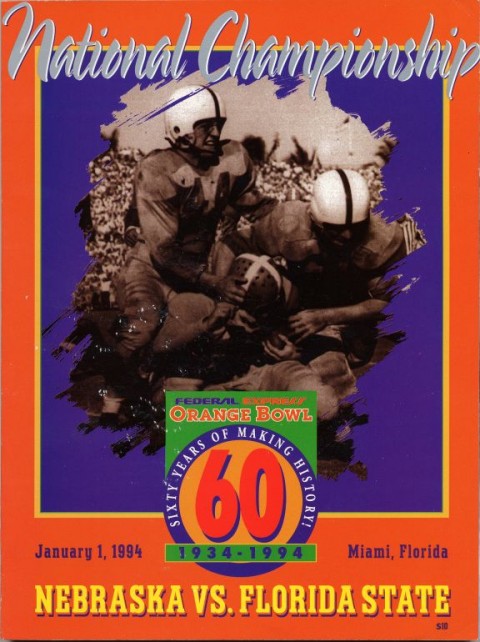 Don‘t forget the Huskers‘ valor, their effort, their heart and soul. ... They lost a game but won their respect back.

Nebraska's detractors, and there were plenty, have to reconsider now. They have to.

Nebraska had the guts. The heart. The Cornhuskers played harder and better. ... And should have won.

Nebraska was defeated, then victorious, then defeated. It was as good a football game as most of the Cornhuskers were capable of playing. It is a game it will take them a lifetime to forget.

Ultimately, it was Tommie Frazier‘s night, even if it wasn't his championship.