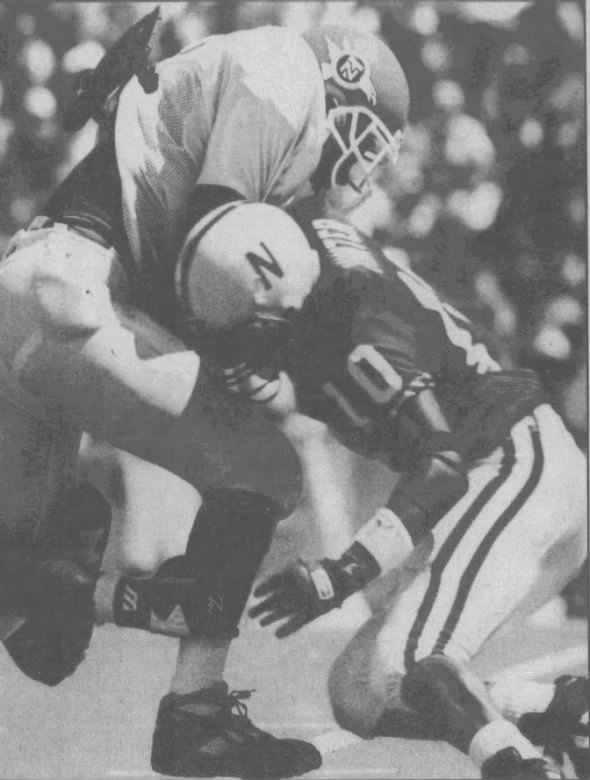 Huskers roll, but injuries are a worry

The No. 9 Nebraska Cornhuskers opened their 104th season with a 76-14 victory over North Texas. Nebraska jumped out to a 28-0 first-quarter lead and took a 42-7 advantage into the locker room at halftime. In all, nine different Huskers scored, including rover Toby Wright on a 33-yard interception return.

Unfortunately, the Huskers lost three starters to injuries, including quarterback Tommie Frazier on the first play of the game. Heisman Trophy candidate Calvin Jones strained his knee and would miss the next two games after leading all rushers with 16 carries for 124 yards and two scores, and OLB Donta Jones left the game with a sprained ankle.

In Frazier’s place, sophomore Brook Berringer was perfect (7-7) passing for 124 yards, including a 33-yard TD strike to Corey Dixon to open the scoring. Berringer also rushed for two touchdowns.

Defensively, 40 Huskers were credited with at least one tackle, led by Ernie Beler and Daren Williams with five each.

The 76 points scored by NU was a season high and the most since the 1983 team defeated Minnesota, 84-13, in Minneapolis.