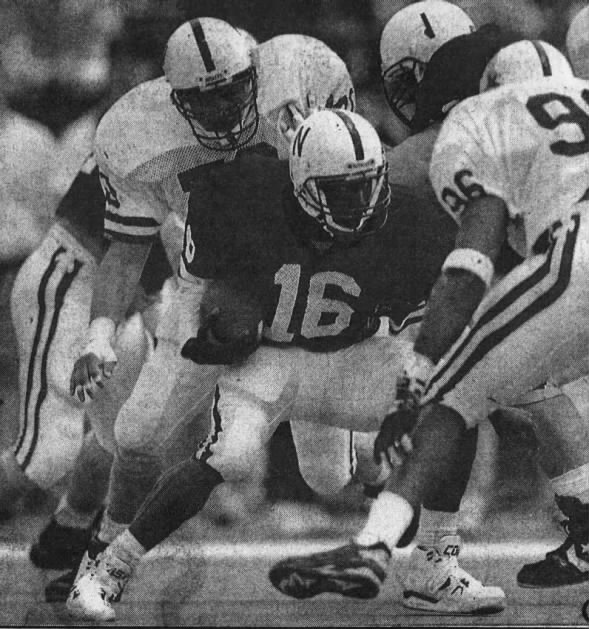 Tony Veland is hemmed in by the Whites’ Jamie Liewer (70) and David White (96). · The Lincoln Star · Newspapers.com

Tony Veland passed for one touchdown and ran for another as the Reds downed the Whites 33-21 in the 1992 Nebraska spring intrasquad game.

Veland, a redshirt freshman, led all rushers with 55 yards on 10 carries, including a 37-yard touchdown jaunt in the third quarter. He moved up to the No. 1 quarterback spot two weeks ago when senior Mike Grant, the Huskers’ only returning experienced signal caller, broke his collarbone.

Coach Tom Osborne said the competition at the position will continue through fall camp.

The game pitted the top offensive unit on the Red team against the No. 1 defense on the White squad. Defensive back Tyrone Byrd intercepted Veland’s first pass and returned it 10 yards for a touchdown. 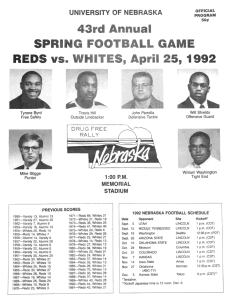