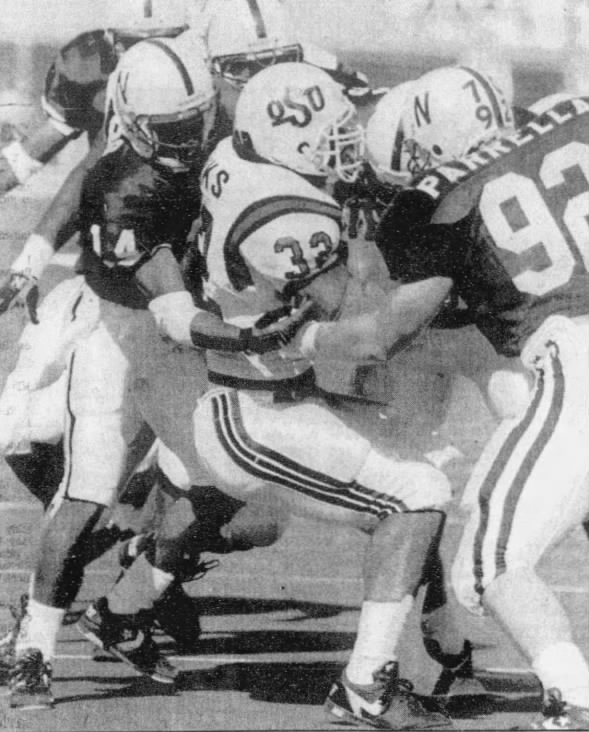 After an open week, Nebraska recorded its first shutout of the season, blanking the Oklahoma State Cowboys 55-0 on a windy day in Lincoln.

The game was the Big Eight Conference season opener for both teams.

The Husker Blackshirts not only held the Cowboys scoreless, but held them to a season-low seven first downs and did not allow them to complete a pass. Nebraska, meanwhile, did not commit a turnover, while Calvin Jones led the Huskers with 176 yards on seven carries, including a 90-yard touchdown, the AT&T long play of the week, and was named the Big Eight Offensive Player of the Week.

NU punter Mike Stigge set a career-high 50.8 yards-per-punt average on four kicks and had a school-record 87-yard punt aided by a north wind gusting to 30 mph.