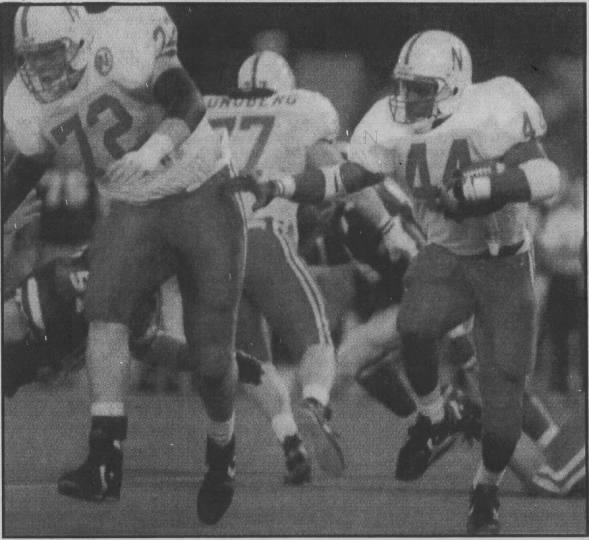 Calvin Jones carries for a short gain in the first quarter. · The Manhattan Mercury · Newspapers.com

The Nebraska football team locked up the Big Eight title and a return trip to the Orange Bowl with a 38-24 victory over Kansas State in the Coca-Cola Bowl in Tokyo.

The win gave NU its 24th-straight nine-win season, a continuing NCAA record. The Huskers jumped to a 21-0 lead, as the Big Eight’s Offensive Newcomer-of-the-Year, Tommie Frazier, tossed an 18-yard TD strike to Corey Dixon and scored on runs of 19 and 4 yards.

NU built its lead to 31-10 in the third quarter, highlighted by Calvin Jones’ 38-yard touchdown run. Jones rushed for a game-high 186 yards, and in the process, became only the second player in Big Eight history to reach the 2,000-yard mark as a sophomore.

Frazier was the Coca-Cola Bowl MVP while outside linebacker Travis Hill was the most outstanding defensive player-of-the-game with 10 tackles.

H’MAX NOTES: The game was played at 1 p.m. Sunday, Dec. 6th, Tokyo time, which was 10 p.m. Saturday CST. … Nebraska’s second TD drive was kept alive by Jones’ fourth-down dive for a first down at the KSU 21 yard line. … The win clinched the Huskers’ 24th consecutive season of nine wins or more. 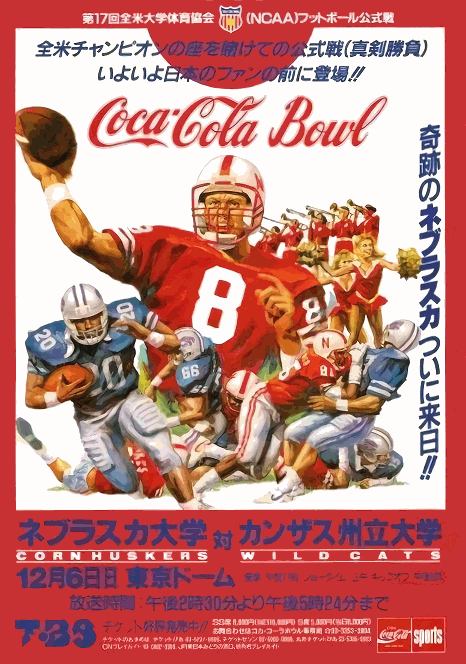 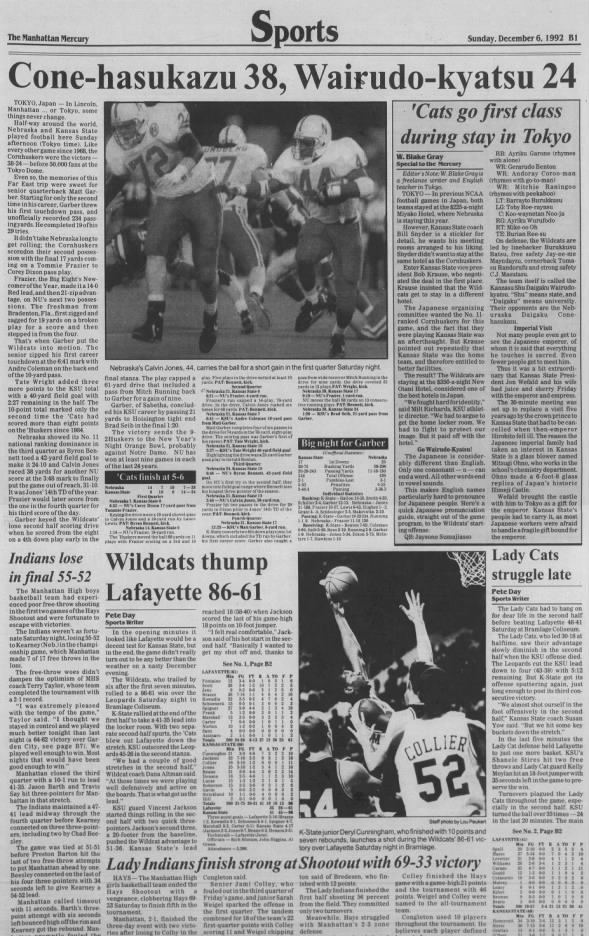