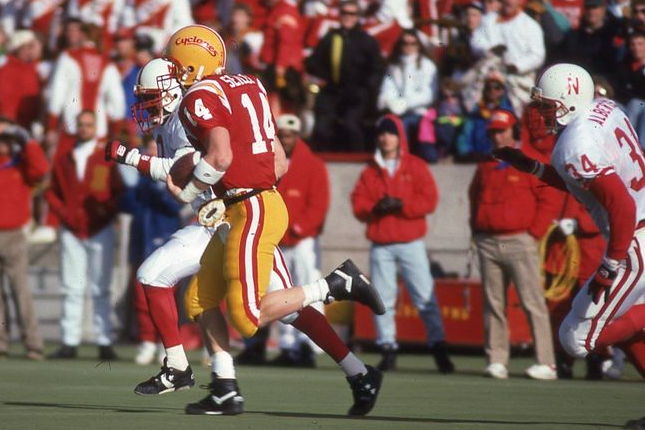 Marv Seiler, said to have 5.1 “speed” in the 40, breaks free on a 78-yard run in the fourth quarter to set up ISU’s touchdown. | Iowa State Athletics

After two emotionally high games, the Huskers traveled to Ames, Iowa ranked No. 7 in AP and No. 5 by CNN/ USA Today and No. 1 in the Conference at 4-0.

The Cyclones had the emotional edge, however, and were in control of the game from the start and upset the Huskers 19-10. The Cyclones were aided by four Ty Stewart field goals and controlled the ball for 37:15.

Although the Huskers did not commit a turnover for the fifth straight game, Nebraska was held to just 192 yards rushing and 246 total.

Quarterback Tommie Frazier was NU’s leading rusher with 92 yards and completed a 15-yard pass to Lance Lewis for the only Husker touchdown.

The loss put Colorado and Kansas back in the hunt for the conference title and dropped the Huskers to No. 12 in the polls. 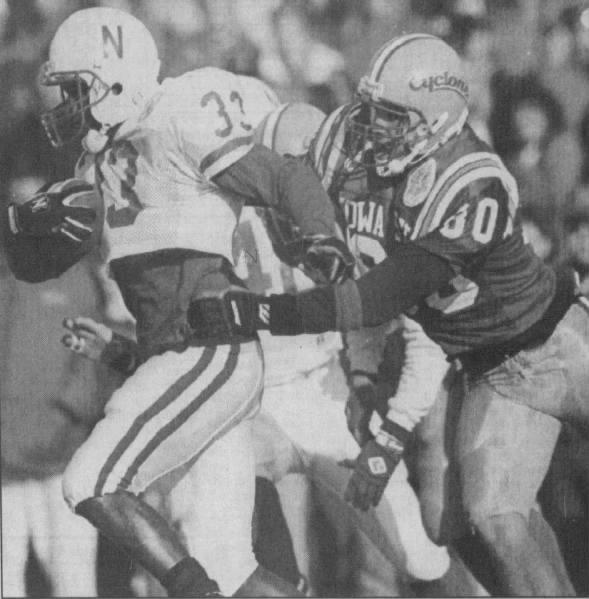 Marvelous Marv wasn’t exactly the galloping ghost. But he figures to haunt Tom Osborne for a long time.

Iowa State, a four-touchdown underdog by most accounts, beat the Cornhuskers at their own game.

If Iowa State has delivered a more stunning blow to a more powerful foe, nobody could recall it Saturday night.