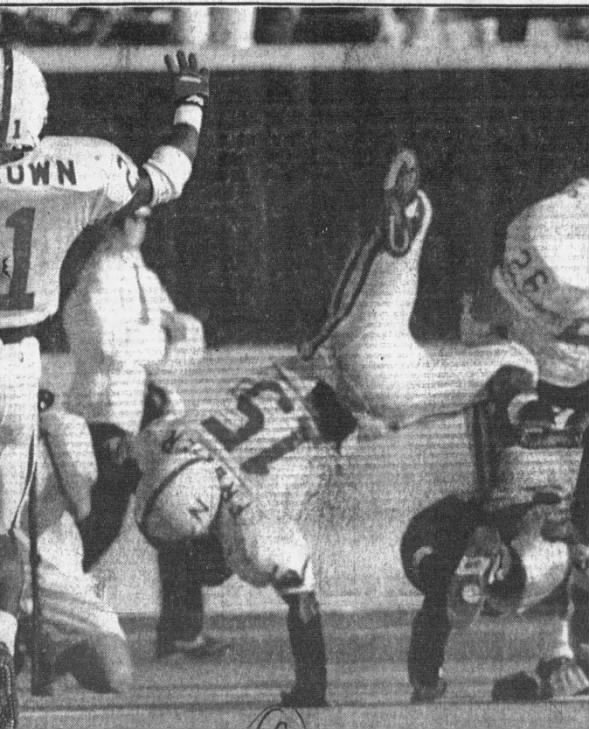 Tommie Frazier dives over two Missouri defenders on a five-yard fourth-down run to give Nebraska a 10-point lead late in the game. · The Lincoln Star · Newspapers.com

After a second open week in which Nebraska moved up another three notches in the AP poll, the No. 8 Huskers had a new hand at the helm, true freshman quarterback Tommie Frazier.

NU won its first road conference game, defeating the Tigers 34-24. Big plays were a key as Kenny Wilhite picked off his first interception of the year to set up a four-play Husker drive to put NU up 21-14. Byron Bennett followed with a 26-yard field goal, his first of two on the day to give NU a 24-14 halftime lead.

John Reece intercepted a Jeff Handy pass midway through the fourth, and Frazier orchestrated an 11-play, 49-yard drive, capped by his own leaping five-yard score.

In Missouri’s last possession, Travis Hill ended all Tiger hopes as he sacked Handy and forced him to fumble, and NU defensive tackle John Parrella recovered.

Missouri recorded 424 yards passing, the most ever allowed by a Husker defense, while Nebraska successfully completed its second game without a turnover.