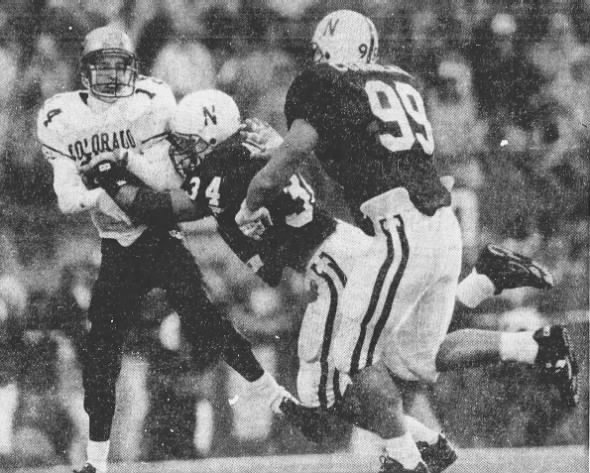 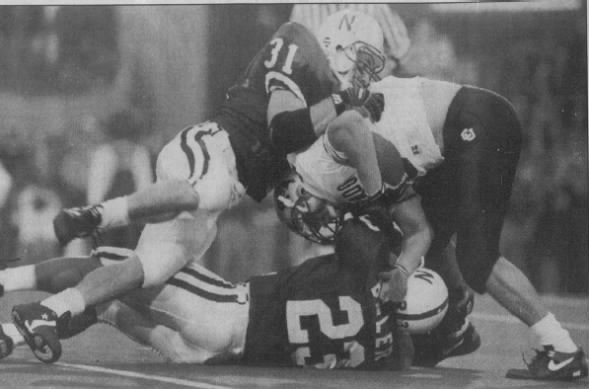 Steve Carmer (31) and Ernie Beler team up to bring down a Buff during the first quarter. · Sioux City Journal · Newspapers.com 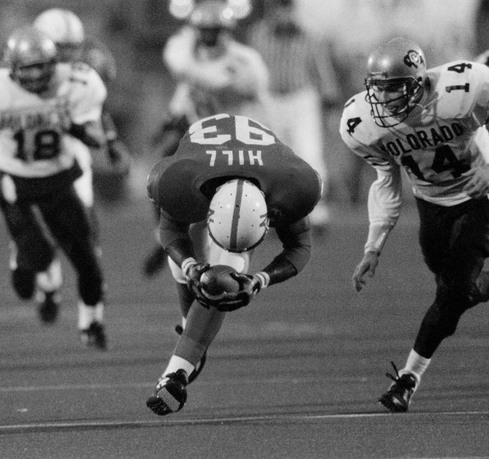 Travis Hill picks up the loose ball after forcing CU quarterback Koy Detmer to fumble late in the first half.· The Lincoln Star · Newspapers.com

For the first time in history, two teams tied for the same AP rank met on the gridiron. Two No. 8’s, Nebraska and Colorado met in front of a nationally televised audience for a Halloween Homecoming match.

The results were almost spooky as Nebraska totally dominated the Buffaloes on a cold rainy day, did not have a turnover, rushed for 373 yards and piled up 428 total yards to Colorado’s 144 in a 52-7 win for the Huskers.

Colorado was ranked in the top 20 for all defensive categories, yet NU dominated the game and held the ball nearly 43 minutes. The win halted CU’s 25-game unbeaten conference streak and ended NU’s eight-game winless streak vs. Top 20 teams.

H’MAX NOTES: A 16-yard carry by Nebraska guard Will Shields on a fumbleroosky play set up Jones’ touchdown just before halftime. … The Huskers ran 92 plays on offense and held the ball for nearly 43 minutes. 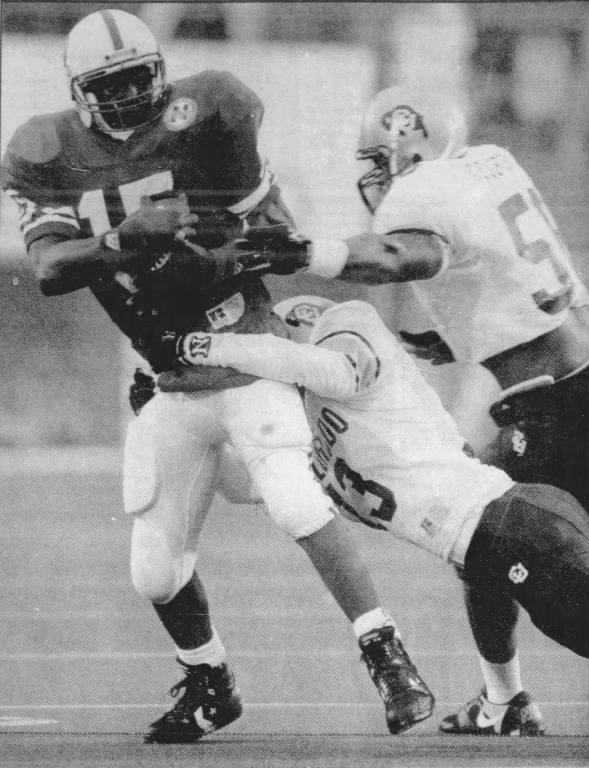