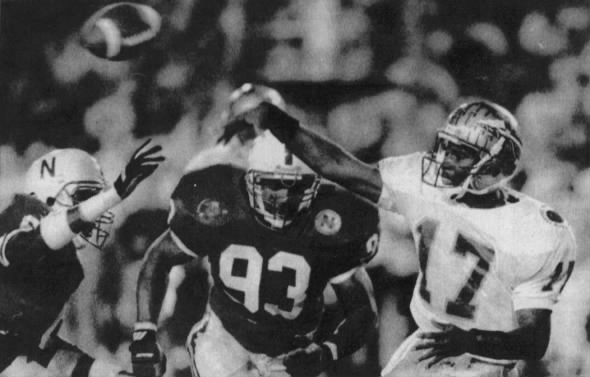 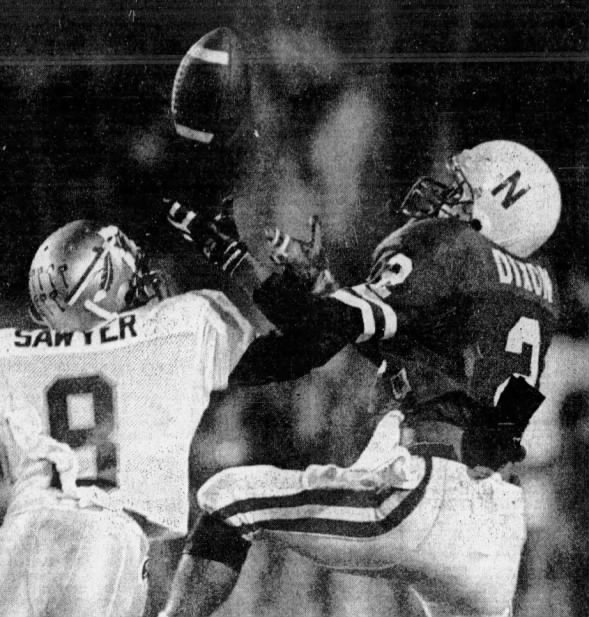 The Seminoles struck first in the opening quarter of the 1993 Orange Bowl and scored 20 unanswered points until Corey Dixon caught a 41-yard bomb from Nebraska quarterback Tommie Frazier with 1:03 remaining in the first half to end the Seminole run.

The teams traded touchdowns in the second half, but No. 3 Florida State held on for a 27-14 victory as the No. 11 Huskers were slowed by five fumbles and two interceptions after leading the nation in turnover margin during the regular season.

Nebraska’s Corey Dixon had his career-best day as the Huskers fought back into the game, catching 123 of Nebraska’s 146 passing yards and running a reverse for 35 yards en route to being named the Nebraska MVP.

Sophomore Calvin Jones led the Huskers in rushing with 76 yards on 19 carries on a wet field. Florida State was led by quarterback Charlie Ward, who passed for 182 yards and two TDs, and running back Sean Jackson, who rushed for 101 yards.

The Seminoles used their quick defense to limit the Huskers to 144 yards rushing after Nebraska had led the nation in rushing in the regular season.

Nebraska dropped to 9-3 on the season and ended up 14th in the final polls, their 24th consecutive year finishing in the AP top 25. Florida State, at 11-1, finished second to Alabama in the polls. 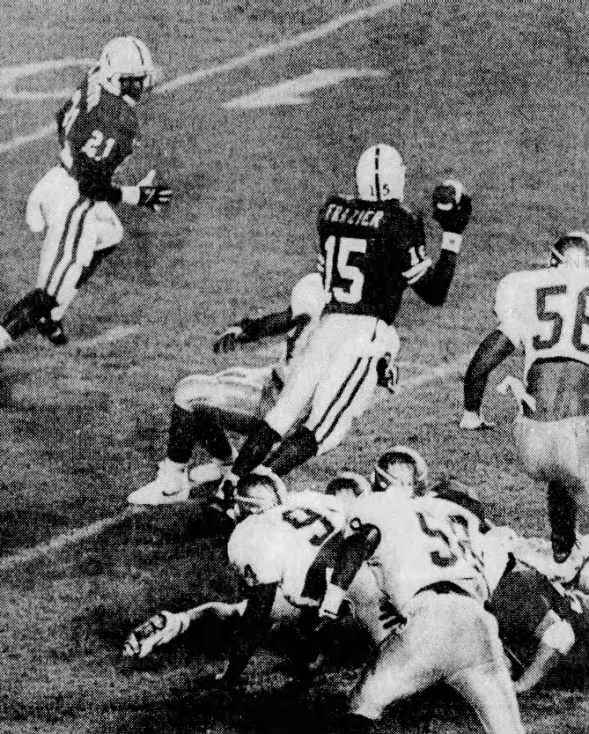 Nebraska quarterback Tommie Frazier pitches the ball under pressure, resulting in a turnover and an FSU first-and-goal at the Nebraska 2. (Click for larger version.) · The Miami Herald · Newspapers.com 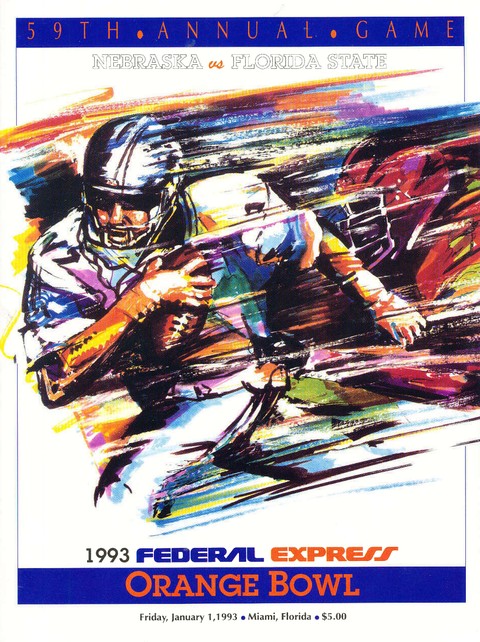 I’m not going to rip Nebraska for this one. The defense played gutsy, gambling football against the hottest offense in college football.

So much was made of Florida State’s speed on offense. But the the Seminoles’ defensive speed, ultimately, was Nebraska’s undoing.

Nebraska still can’t pass, and when the Cornhuskers play a defense as good as FSU’s, they can’t run very well, either.

Change for Nebraska is simple: They have to get faster.