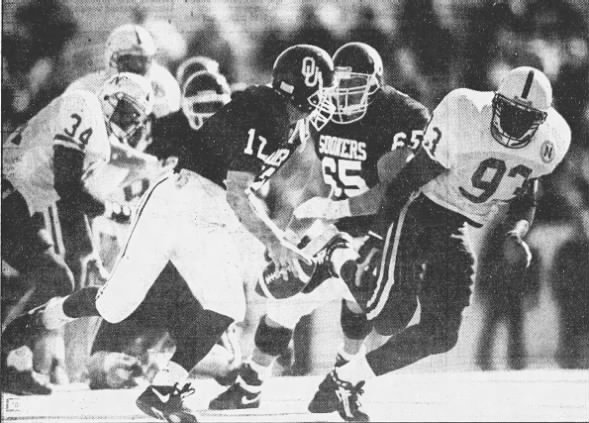 OU quarterback Cale Gundy looks for an opening in the second quarter before being tackled for no gain by Travis Hill (93).· The Lincoln Star · Newspapers.com 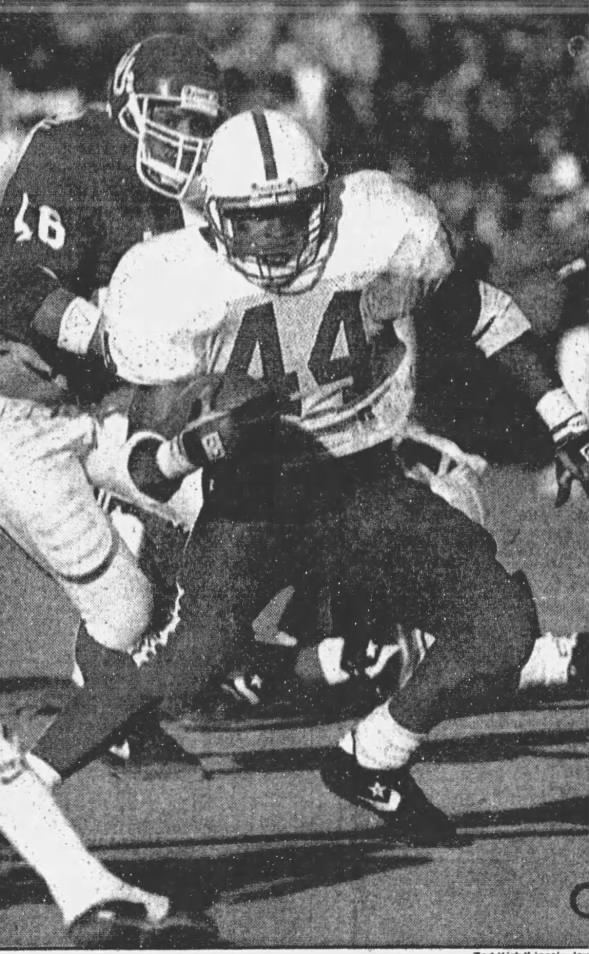 Calvin Jones picks up some of his 137 rushing yards against the Sooners. · The Lincoln Star · Newspapers.com

The Nebraska Cornhuskers battled a tough Oklahoma team through a dogfight first half and went into the locker room with a 10-9 lead in the annual “Big Red Shootout.”

The Huskers’ only first-half touchdown was courtesy of the defense, as linebacker Ed Stewart intercepted a Cale Gundy pass and returned it 50 yards to give NU a 7-3 lead. But in the second half the Nebraska offense got rolling as NU outscored Oklahoma 23-0, outrushed the Sooners 229-44 and held a second-half 262-50 edge in total yards to record a 33-9 final victory.

The Husker “We-backs,” Derek Brown and Calvin Jones, sharing the I-back position, each reached 1,000 yards for the season during the game. It marked the first time in Nebraska history, the fourth in Big Eight Conference history and the 21st in NCAA Division I-A that two backs have accomplished the feat in the same season.

Brown had a 43-yard run in the third quarter to the OU 7 to reach the 1,000-yard mark, but separated his left shoulder on the play. 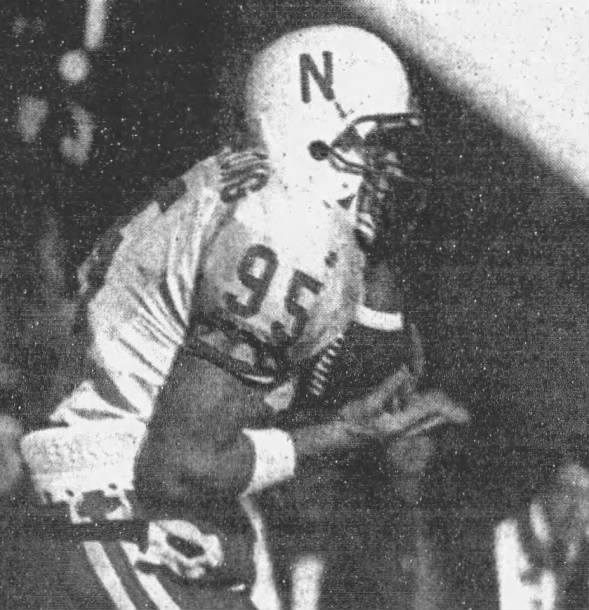 Husker tight end Gerald Armstrong cradles his eighth reception of the season — and his seventh for a touchdown — in the third quarter.· The Lincoln Star · Newspapers.com

Oklahoma had good players, like always. It just didn’t have enough.

Good thing the old OU option was out of commission Friday.