Nebraska trailed stubborn Miami 9-7 at the half but rallied behind 24 second-half points and quarterback Vince Ferragamo to defeat the Hurricanes 31-16.

Miami, a team coached by former Husker assistant Carl Selmer that had taken Oklahoma to the hilt before losing 20-17 the previous week, struck for six first-quarter points on two field goals by Chris Dennis. Nebraska’s only first-half score was set up when linebacker Jim Wightman recovered a Hurricane fumble on the Miami 25. Five plays later, I-back John O’Leary scored from three yards out with 10:20 left in the half. However, the Hurricanes led 9-7 at the break after Dennis kicked an 18-yard field goal four minutes later.

Nebraska came out in the third quarter behind Ferragamo’s throwing and O’Leary’s running to score 10 points and take a 17-9 lead. In the final frame, the Huskers finally put the game out of reach, scoring on an eight-yard run by O’Leary and a 40-yard pass from Ferragamo to Bobby Thomas to make it NU 31, UM 9. Miami scored once before the final gun, making the final score 31-16.

So Nebraska had gone through its nonconference schedule with a perfect 4-0 mark and was ready for its Big 8 opener against the inspired Kansas Jayhawks. 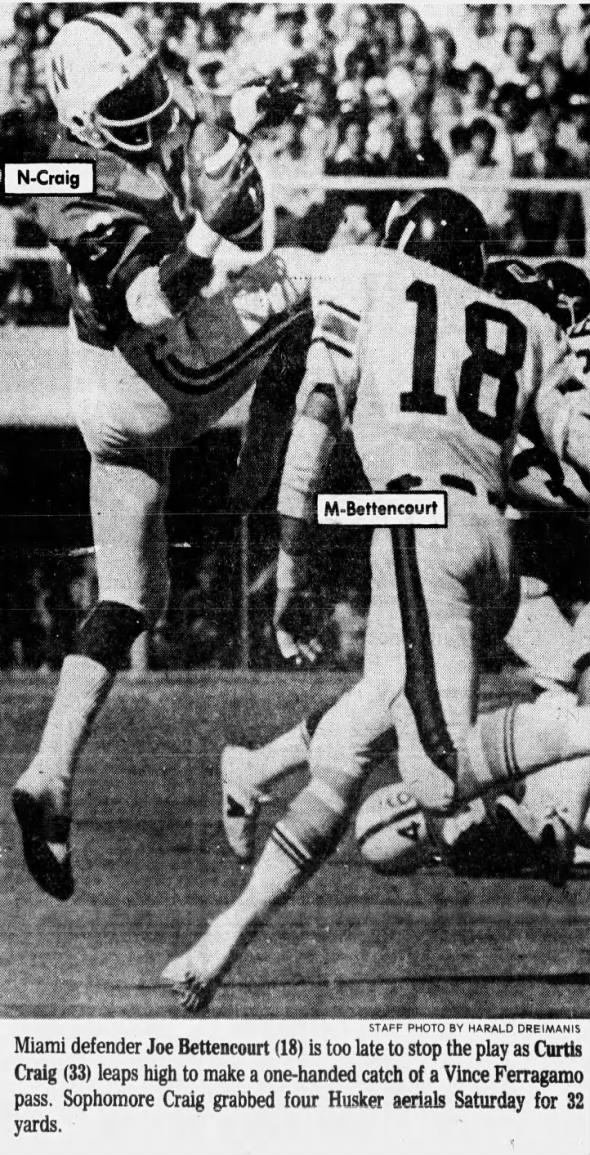