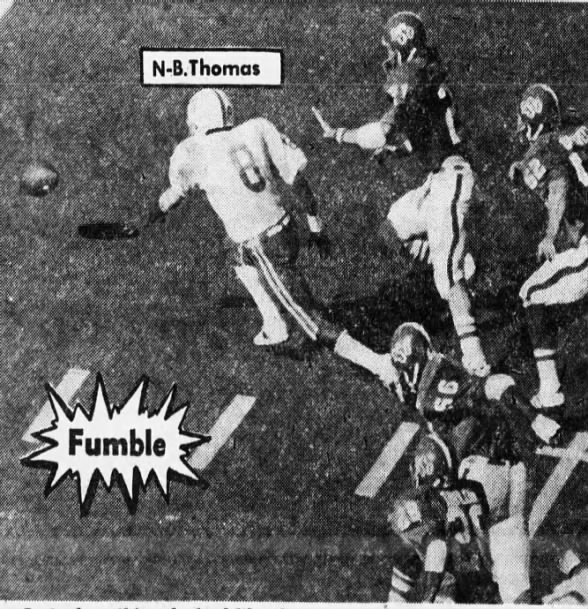 Vince Ferragamo, coming in for injured starter Terry Luck in the first quarter, accounted for all four Nebraska touchdowns as the Huskers defeated Oklahoma State 28-20.

In the first half, Nebraska scored three times, on two Ferragamo runs and a scoring pass to John O’Leary, while holding the Cowboys to one score and taking what appeared to be a safe 21-7 lead into the lockerroom.

But OSU capitalized on a third-quarter Nebraska fumble, closing it to 21-14. But again Ferragamo clicked, this time to tight end Brad Jenkins for 10 yards with 5:58 left in the third, making it NU 28, OSU 14. However, the Cowboys scored on their next possession to pull within eight points and create dramatics for the final quarter.

It was nip and tuck throughout the fourth period until a bad snap on a Husker punt gave OSU the ball on the Nebraska 23 yard line. The Cowboys kept getting closer to paydirt and tried to score three times from inside the NU five yard line in the final minute, but thanks to fine defensive plays by Chuck Jones and a host of other Black Shirts, Nebraska held on to win.

Ferragamo was named the National and Big 8 Back of the Week, and the Huskers were 6-0 as they headed for a collision with the Colorado Buffaloes.