Behind the quarterbacking of sophomore Randy Garcia, the White squad upset the favored Red team 20-6.

From the outset, the Red team, featuring the Huskers top players, was dominated by the underdog White squad. The opening kickoff went to the Reds’ Dave Gillespie in the end zone, where he returned it to the 24, fumbled, and the Whites recovered the ball.

Six plays later, the Whites scored when John O’Leary ran a yard up the middle for the tally.

While the White defense was holding the Huskers No. 1 offense in check, Garcia led the Whites to another score in the second quarter. That touchdown was an eight-yard pass from Garcia to split end Bill Kraft.

Garcia led the Whites to their final score early in the third quarter, driving 91 yards in 17 plays to ice the upset.

The Reds scored their only touchdown by driving 76 yards in 11 plays in the fourth quarter. 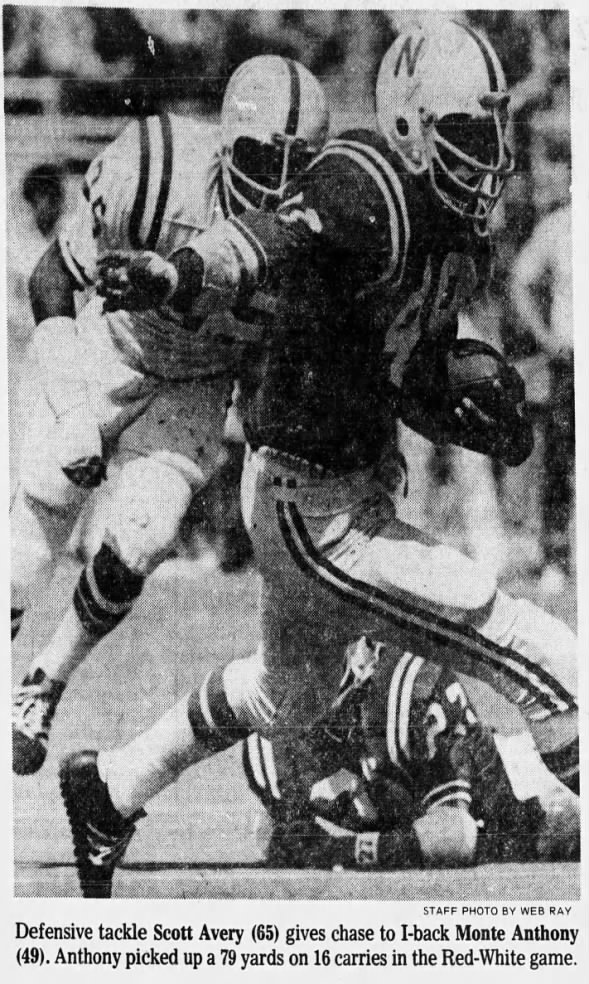