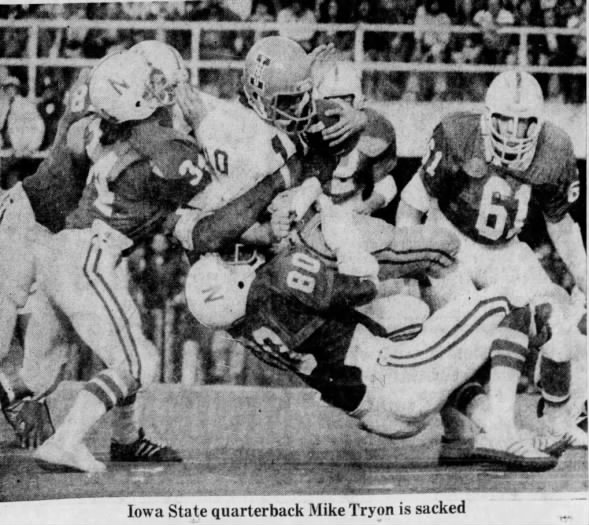 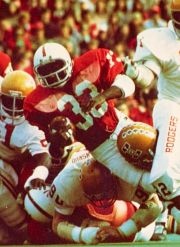 Nebraska’s Blackshirts turned in their fourth shutout of the year as the Huskers defeated the Iowa State Cyclones 52-0.

Nebraska held ISU to 202 total offensive yards, 150 on the ground and 52 through the air. The Huskers also recovered an Iowa State fumble and intercepted a Cyclone pass.

Nebraska scored on its first possession after Iowa State fumbled the opening kickoff. Three plays later, Curtis Craig scored on an outside reverse and the Huskers were rolling to win No. 10.

Nebraska’s win and Oklahoma’s narrow 28-27 victory over Missouri that same afternoon set up a Big 8 title game between the Huskers and the Sooners. The Cornhuskers were unbeaten and ranked No. 2 in the country, while Oklahoma had suffered one conference loss, a 23-3 upset by Kansas on Nov. 8. And a lot was at stake for the winner of the Nebraska-Oklahoma game, because the victor would represent the Big 8 at the Orange Bowl.