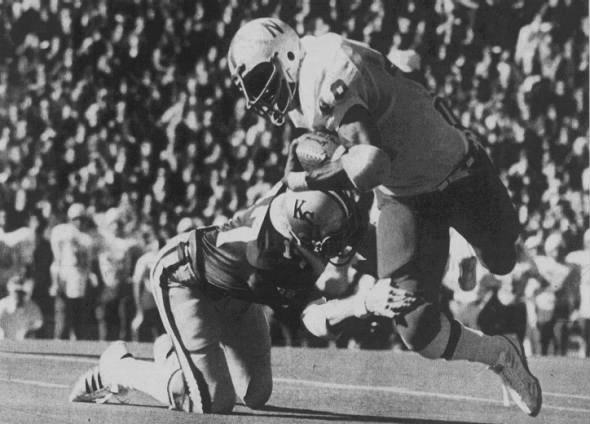 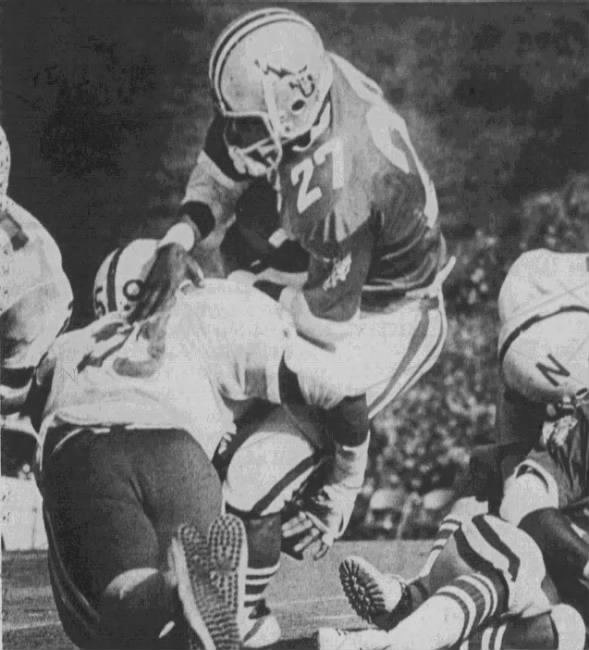 In a classic defensive struggle, Nebraska’s Black Shirts against Kansas State’s Purple Pride, the Huskers defeated the Wildcats 12-0 for their ninth win of the 1975 season.

The Cornhuskers scored 9 tough points in the first quarter, on a Vince Ferragamo to Tony Davis pass and a Mike Coyle field goal. After that, both defenses stiffened and the half ended with NU leading, 9-0.

In the third quarter, the Huskers added a field goal to complete their scoring, while the defenses continued their battle for the rest of the day. Overall, the Black Shirts held KSU to 131 yards total offense. The Huskers also intercepted a KSU pass.

Nebraska next took a 9-0 record and a 5-0 conference mark, against the Iowa State Cyclones. 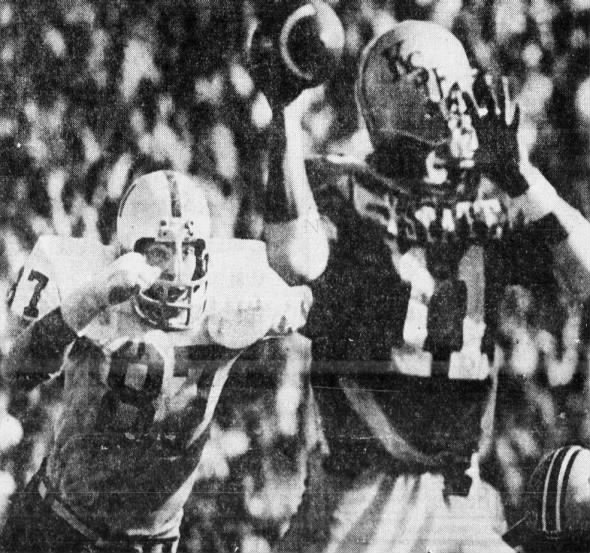