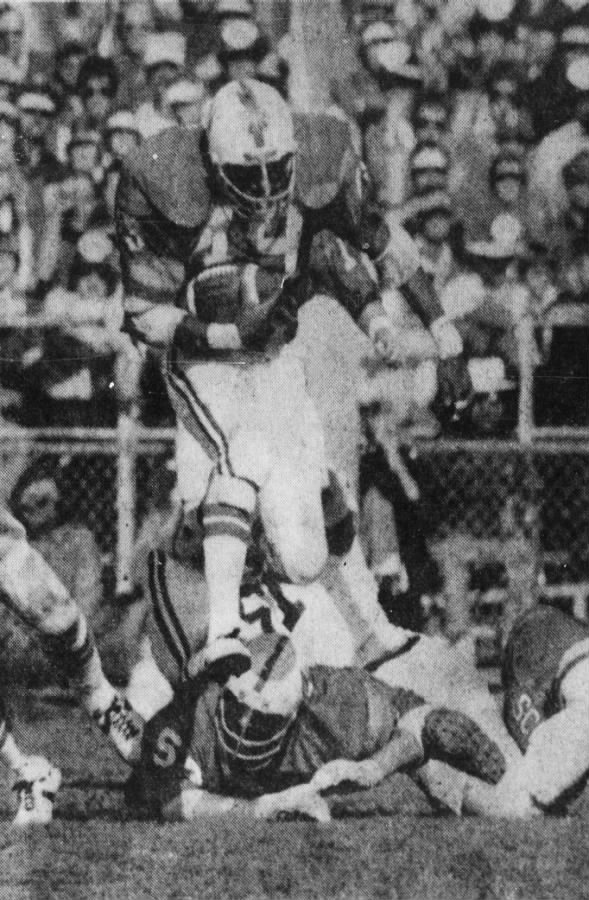 Monte Anthony, who rushed for 94 yards and both Nebraska touchdowns, finds a big opening in the ASU defense. · San Bernardino County Sun · Newspapers.com

Nebraska’s record-tying six-game bowl win streak was snapped by Arizona State in the 1975 Fiesta Bowl, when the Sun Devils edged the Huskers 17-14, before 51,396 partisan fans on ASU’s home field.

The final blow came with 4:50 remaining in the game, when ASU kicker Dan Kush successfully booted a 29-yard field goal, breaking a 14-14 tie and capping a rally from a 14-6 deficit after three quarters.

Fighting till the very end, Nebraska then took the ensuing kickoff and drove to the Arizona State 31 yard line with less than two minutes to play. The Huskers’ first two plays from there were incomplete passes, but on third down, quarterback Terry Luck hit fullback Tony Davis with a pass at the ASU 21 yard line. However, Davis was hit hard by two Arizona State players and fumbled the ball. The Sun Devils recovered and went on to kill the clock and claim their 17-14 win. 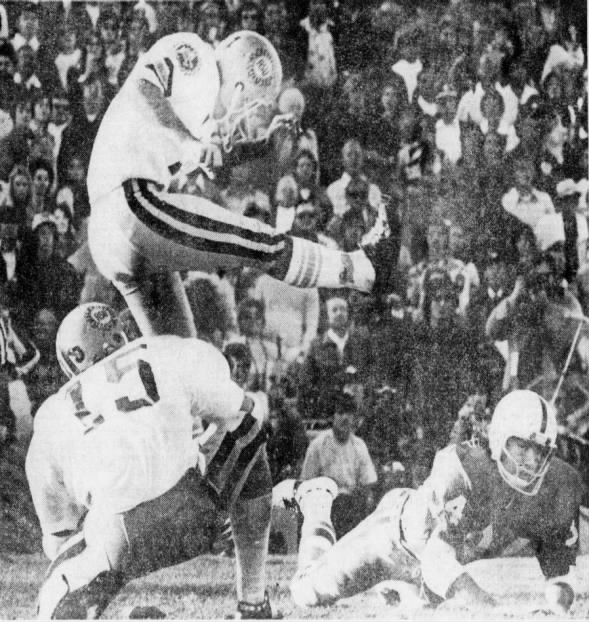 Dan Kush drills the game-winning field goal from the 19 yard line with 4:50 remaining in the fourth quarter. Arizona Republic · Newspapers.com 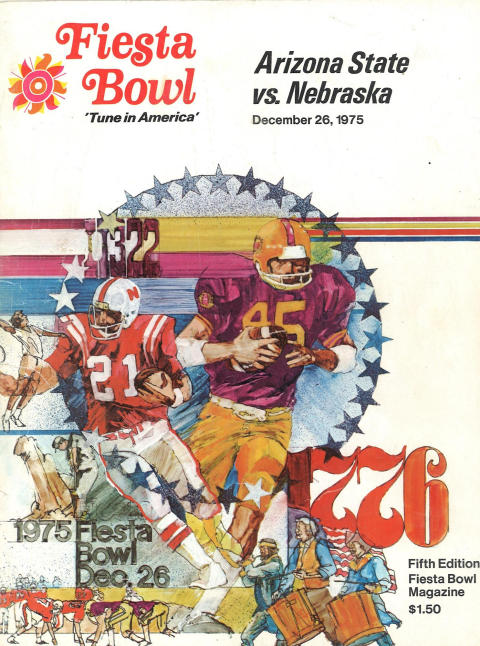