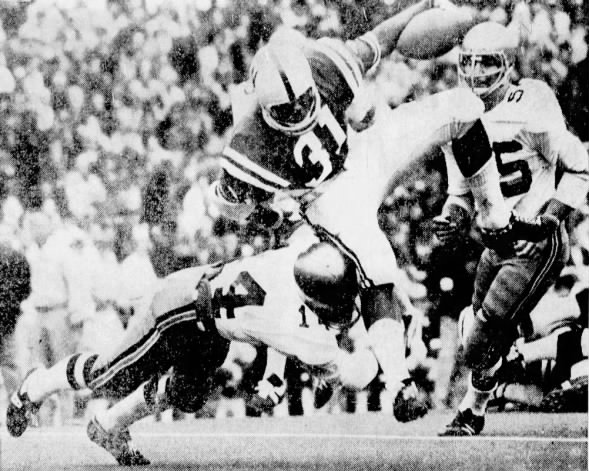 Stung by an early field goal, Nebraska’s Cornhuskers stormed back to take a 14-3 first-quarter lead and coasted to a 36-12 victory in the 1970 opener.

Thanks to a Husker fumble, Wake Forest jumped in front, 3-0, before the 66,103 fans got settled in their seats. But Nebraska used a couple of long passes — Jerry Tagge to Guy Ingles for 45 yards and Tagge to Jeff Kinney for 21 yards — to set up a 14-3 lead at the quarter.

A blocked punt gave Wake Forest a safety in the second quarter before the Huskers drove 71 yards to make it 21-5 after Tagge’s 13 yard TD run.

Nebraska made it a runaway just before the half when Tagge hit sophomore Johnny Rodgers with a 61-yard touchdown pass.

Joe Orduna’s 20-yard TD sprint made it 36-5 in the third quarter and Nebraska reserves took over the remainder of the game, finally yielding a Deacon touchdown in the final minute of play.

In a good tuneup for Southern California, Nebraska had opened 1970 in impressive fashion against the team that would win the Atlantic Coast title. 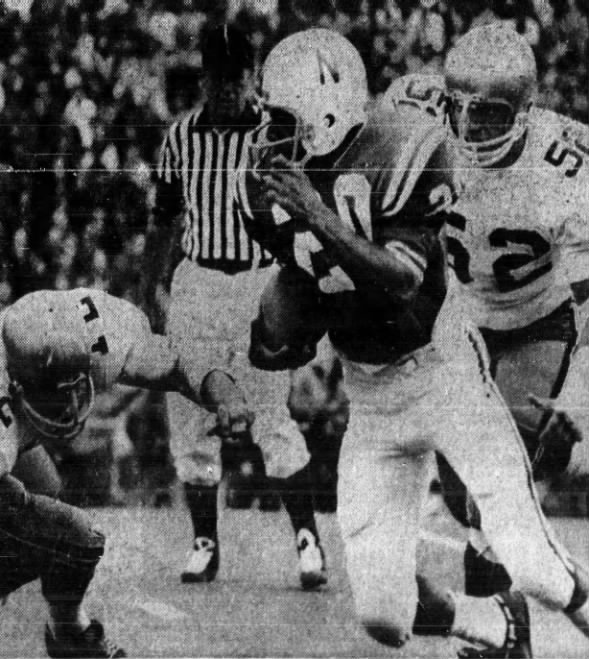 H’MAX NOTES: It was the first game on Nebraska’s new artificial playing surface. … The Deacons were added to the schedule when the NCAA approved an 11th regular-season game for 1970 and beyond. … The Huskers entered the game with a No. 9 preseason ranking and were expected to win handily. … It was a comeback game for Joe Orduna, who sat out 1969 with an injured knee. … Wake Forest’s safety, on a punt block by cornerback Pat McHenry, was set up by a 72-yard quick kick by the Deacons’ Gary Johnson. … The game came less than three months after former Wake Forest and Chicago Bears back Brian Piccolo died of cancer at age 26.