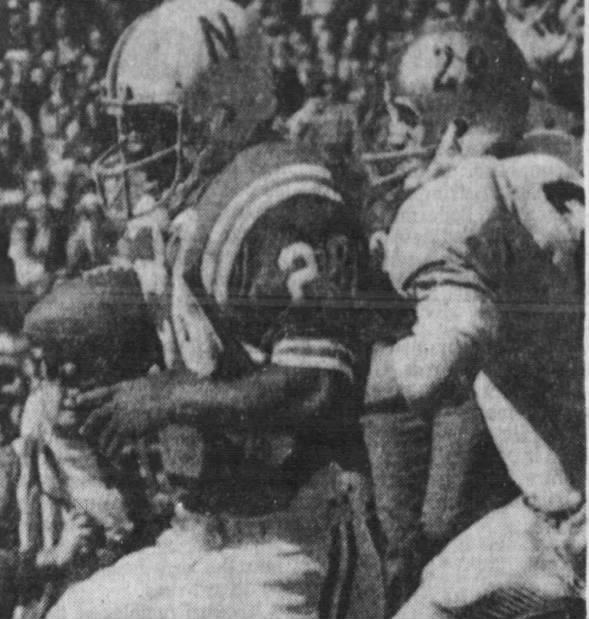 Despite a slow start on offense, Nebraska had little trouble putting away Army, 28-0.

The heavily favored Huskers didn’t score until less than five minutes remained in the first half. A 43-yard pass from Jerry Tagge to Johnny Rodgers broke the ice and capped an 80-yard drive.

Early in the third quarter, Joe Orduna added a two-yard touchdown run after Rodgers’ 38-yard punt return had set up Nebraska on the Army 12.

Nebraska soon had another short-field situation, taking over at the Army 41, but the Huskers had to overcome 20 yards in penalties before Tagge connected with Rodgers for a 26-yard touchdown about halfway into the third period.

Nebraska’s final tally came when Woody Cox, a first-time starter, pulled in a 31-yard aerial from Van Brownson early in the fourth quarter. The play capped an 80-yard drive engineered by Brownson, who had missed the Huskers’ first two games because of an elbow injury.

The Huskers rolled up 451 yards of total offense, but a minus-four turnover margin hurt their cause on the scoreboard.

On defense, Nebraska held the Cadets to under 150 yards and registered 17 tackles for loss.