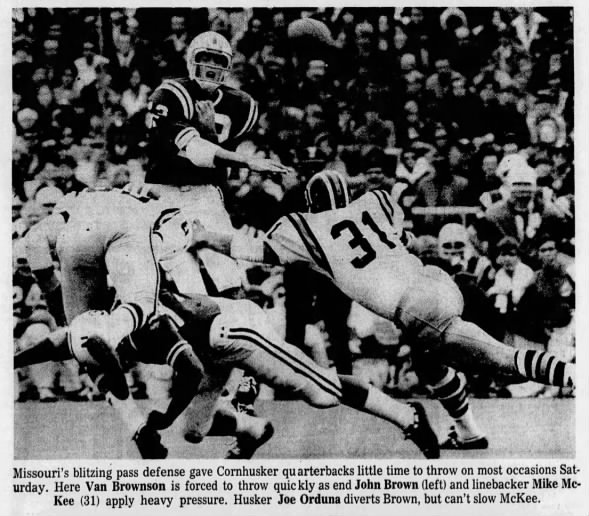 Nebraska and Missouri staged their annual defensive battle for three quarters before the Huskers shook loose for a convincing 21-7 win.

With 67,538 fans on hand for the Big 8 opener, Van Brownson was called upon to quarterback the Huskers in the second half and he engineered a 66-yard TD drive to break a 7-7 tie in the final quarter.

The key play in the drive was a 41-yard run by Joe Orduna. Brownson plunged the final yard with 12:54 left in the game. Johnny Rodgers put the ice bag on the Tigers with 4:01 remaining when he returned a Missouri punt 48 yards to score.

Nebraska took a first-quarter lead by marching 80 yards on its first possession. Jeff Kinney took a 12-yard pass from Jerry Tagge for the TD.

Missouri quickly got back in the game when Lorenzo Brinkley intercepted Jerry Tagge’s pass on the first play of the second quarter and returned it 21 yards to the Nebraska 1. Mike Farmer plunged for the score on the next play.

Nebraska’s defense was great, holding Missouri to only 87 yards rushing. 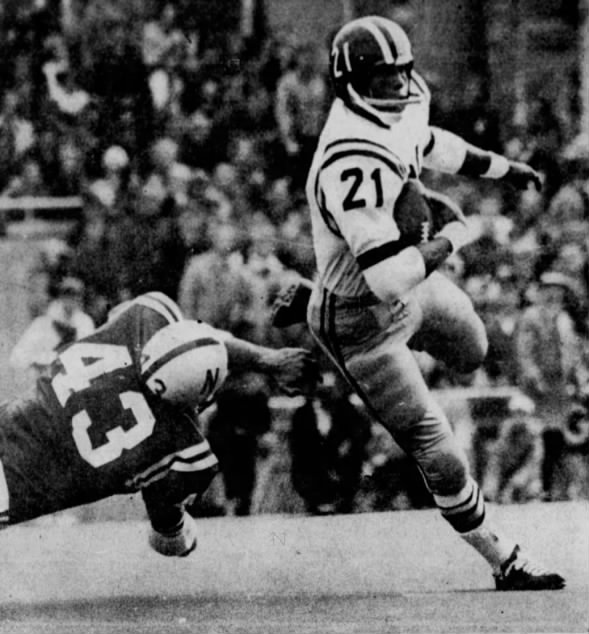 H’MAX NOTES: Missouri lost tailback Joe Moore to a separated shoulder in the first quarter on a tackle by Dave Walline. … The teams combined for 11 turnovers. The costliest of Missouri’s six was a fumbled punt that set up NU’s second touchdown drive. Nebraska’s five turnovers included a lost fumble at the Mizzou 1 yard line. … The win was Nebraska’s first over Missouri since 1966. … The Tigers entered the game ranked 16th in the AP poll; NU was ranked sixth.