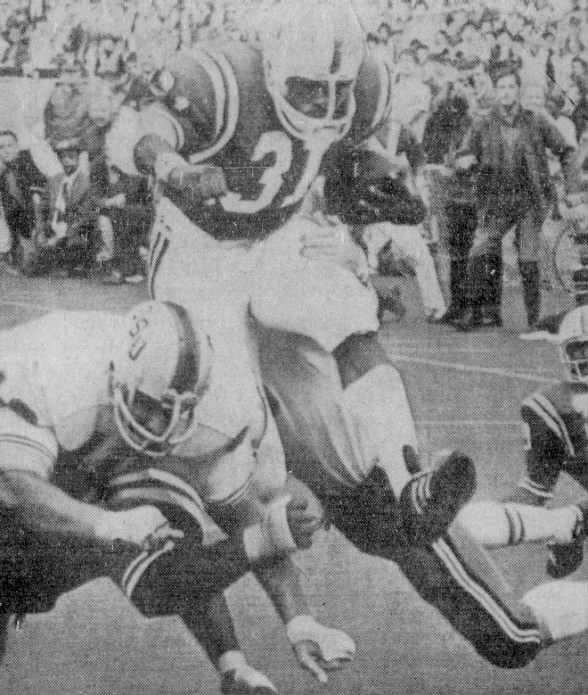 Piling up the most points since 1922, Nebraska had a field day in swamping Oklahoma State, 65-31, before the second-largest home crowd in history — 67,822 fans.

The Cornhuskers scored first, yielded briefly as Oklahoma State scored on a 98-yard kickoff return for a 7-6 lead, then ripped to a 41-7 halftime lead. After that it was a matter of the reserves logging time and the Cowboys trying to salvage some glory.

The Huskers amassed 545 yards and only OSU’s late passing surge against Husker reserves enabled the Cowboys to get 393 yards. The Blackshirts held the Pokes to only 64 yards on the ground.

Thus, the No. 4-ranked Cornhuskers headed for the key showdown at Colorado with a sparkling 6-0-1 record.

H’MAX NOTES: OSU quarterback Tony Pounds, who entered the game as the Big Eight’s total offense and passing leader, was held to 17 yards passing in the first half. But in the second half alone, he set a Nebraska single-game opponent record for touchdown passes (4).