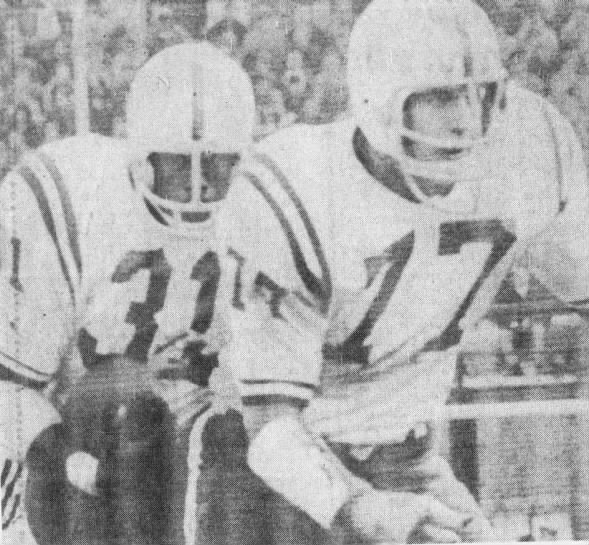 Nebraska’s Cornhuskers remained unbeaten by clobbering the Iowa State Cyclones, 54-29, before a record crowd of 36,000 fans in Ames.

A 21-point third quarter ensured the rout and gave the reserves ample playing time against the hustling Cyclones, who struck for two late TDs.

Joe Orduna scored two first-quarter tallies and added a third in the second half. Jeff Kinney led all rushers with 116 yards, while Dan Schneiss netted 92 and two TDs.

Jerry Tagge hit 18 of 27 passes for 223 yards going the entire route in relief of Van Brownson, who was hurt at Colorado the week before and would not fully recover during the remainder of the regular season.

H’MAX NOTES: NU’s first touchdown drive covered 73 yards in 17 plays and followed an Iowa State fumble on the game’s second play. Nebraska’s second TD drive covered 61 yards in 14 plays. … The Des Moines Register observed after the game: “Some years the Huskers are big, strong and ponderous. This year … they are big strong and strike with lightning-fast backs.” … Iowa State’s George Amundson, previously used only as a quarterback, also saw action as a tailback in the game.