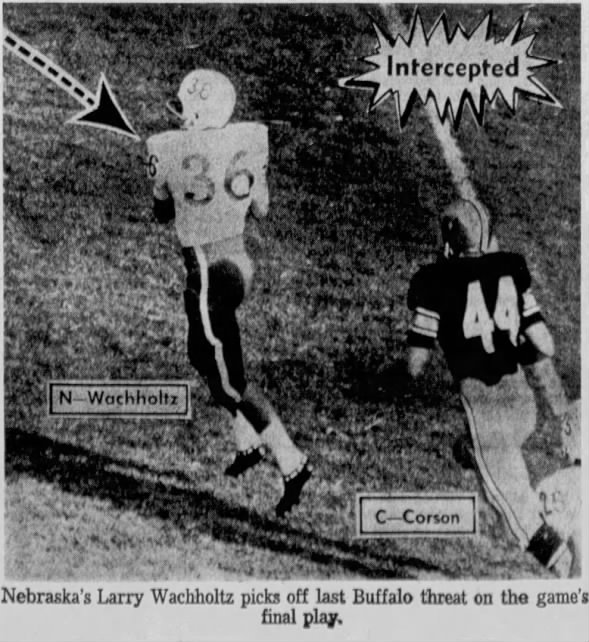 Nebraska spotted Colorado a 19-7 lead, then tore back in the final minutes to pull out a 21-19 victory and remain undefeated.

It was one of the great Cornhusker comebacks. Bob Churchich went on a pitching spree and fired the Huskers on drives of 63 yards and 65 yards in the final 13 minutes as a crowd of 46,112 (including more than 15,000 Nebraska fans) went wild.

Denied a TD at the end of the third period when the officials ruled Churchich failed to get in the end zone after a 72-yard drive, Churchich roared back.

He hit three passes, then a TD strike to end Dennis Morrison with 10:42 left, making it 19-14. The Huskers couldn’t move the next time, but three times the NU defense forced Buff punts.

Churchich set Nebraska records with 20 of 34 passes for 236 yards.

Nebraska scored first on a 14-yard pass to Ben Gregory, but the Buffs roared back late in the first quarter. Although the Buffs missed the PAT kick, they took the lead 13-7 in the second period as little QB Dan Kelly gave the Scarlets fits. Kelly hit a 29-yard pass to Larry Plantz for another TD with 3:39 left in the half.

It looked like a kayo for the Huskers, but they regrouped and came through like the champions they were in a magnificent final effort.