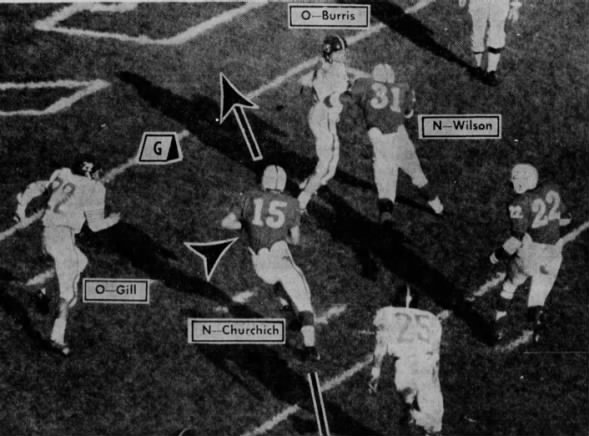 Another record crowd of 65,102 saw the Huskers launch a drive in the first quarter and tally on the first play of the second – a bruising 10-yard blast by Ben Gregory.

However, hopes of a rout were dashed when the Cowboys recovered a Husker fumble at the NU 29 early in the second period. OSU had to plunge three times from the two-yard line before scoring, then missed the kick that would have tied it 7-7.

Nebraska recovered a Cowboy fumble early in the third quarter and went 22 yards in seven plays for a 14-6 lead. Bob Churchich went the final four.

Early in the fourth quarter, NU moved to a clinching TD, with Harry Wilson getting a 19-yard run and Churchich plunging for the score.

Wilson was the leading rusher with 104 yards, four more than OSU’s Jack Reynolds, who gave the Huskers fits.

The victory, coupled with Missouri’s 10-7 win over Oklahoma, gave the Huskers their fourth straight Big 8 title and set the stage for their second straight undefeated season.