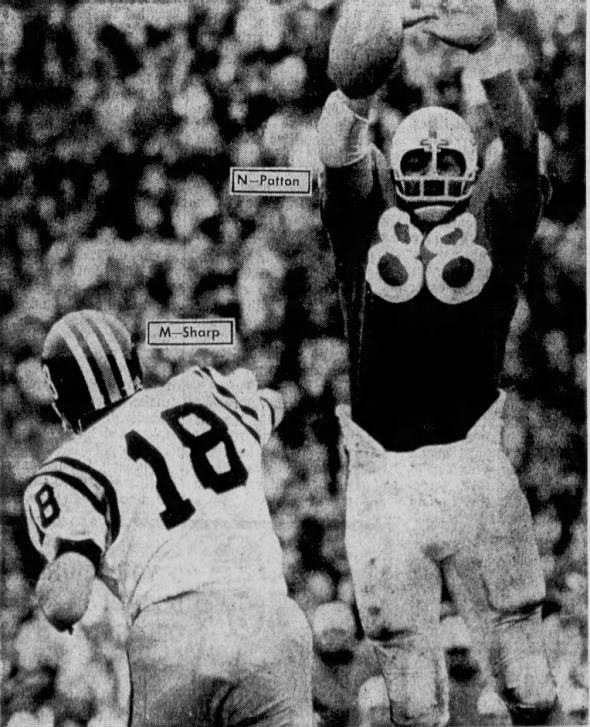 Perhaps stung by the suggestion that they hadn’t been playing up to full potential, the Nebraska Cornhuskers unleashed a devastating attack against the Missouri Tigers and galloped to a 35-0 victory before 65,095 fans and a regional TV audience.

It was the Huskers’ finest all-around performance of the season as they took command early and never let the Tigers gain a shot at contention.

The second time Nebraska got the ball, the Huskers drove for a touchdown, and the next time they gained possession they repeated, via a 16-yard run by Ben Gregory.

Following a 14-0 halftime lead, the Huskers blew the Tigers apart in the third quarter. It took just 13 plays on the ground for the Scarlets to take a 21-0 lead. Then Kaye Carstens intercepted a Tiger pass and returned the ball to the MU 8 to set up a 28-0 lead two plays later.

Nebraska reserves launched a 52-yard drive late in the third period and capped it with a Wayne Weber-to-Tom Smith TD pass with 11:34 left in the game.

The Huskers piled up a 336-107 offensive bulge on the Tigers, who gained only 59 yards on the ground and 48 via the air.