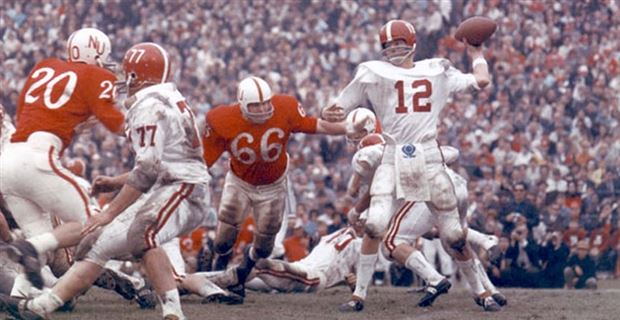 Nebraska’s hopes for a revenge victory over Alabama’s Crimson Tide in the 1967 Sugar Bowl ended abruptly – the first play of the game, to be exact.

The Cornhuskers, 39-28 Alabama victims in the 1966 Orange Bowl, picked the Sugar Bowl for a chance to meet the Tide again, and by doing so became the only Big Eight team to land a spot in the four major bowls. But that was the only satisfaction the Huskers could gain as the Tide quickly established dominant superiority.

On the first play after the opening kick­off, Tide QB Kenny Stabler blazed the ball through the soggy, leaden skies to All America end Ray Perkins sailing full speed at the NU 40. Perkins wasn’t hauled down until he hit the Husker 27. Seven plays later, Alabama scored and launched the rout that was to see the Tide lead, 17-0 at the quarter, 24-0 at the half and 27-0 before the Huskers could muster a fourth-quarter touchdown and avert a shutout. 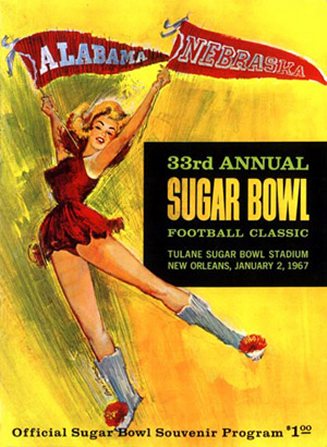 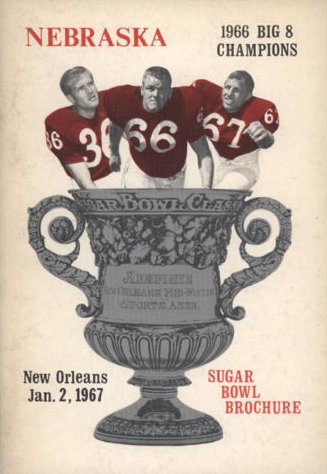