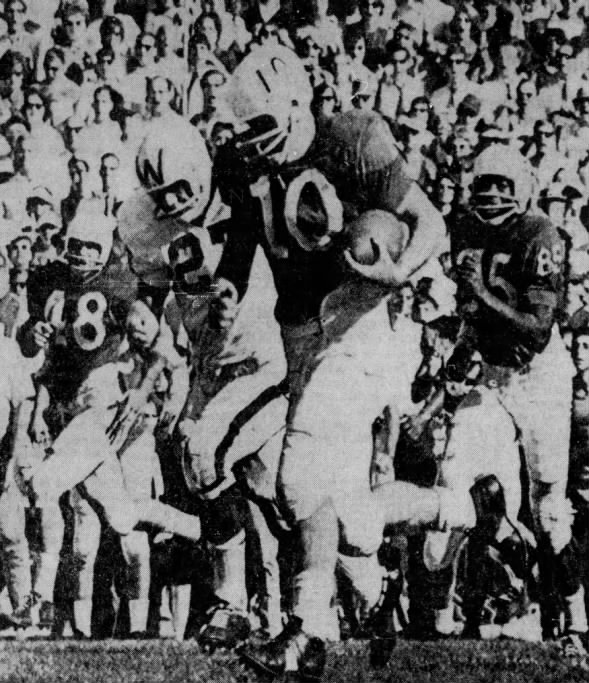 A short plunge by Pete Tatman and a 59-yard TD keeper by Fred Duda got the Huskers fired up in the first half and they added two third-quarter tallies to ice the contest.

Nebraska reserves took over late in the third period and with Charlie Winters and Ben Gregory both scoring and turning in fine running shows. 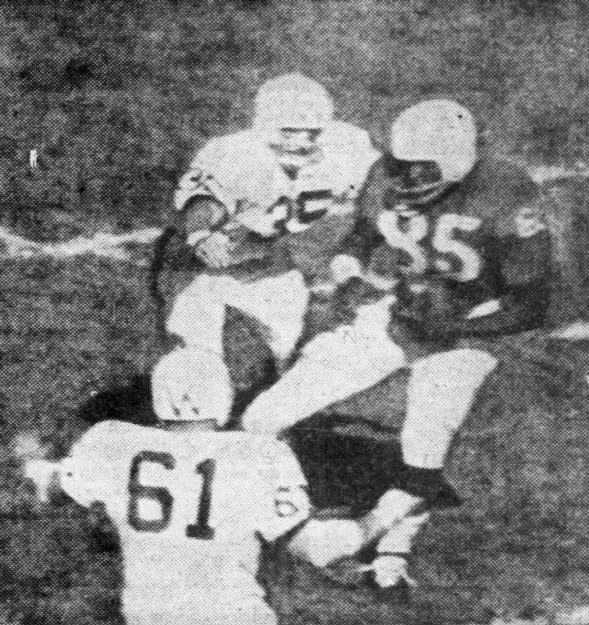 Freeman White gets to the Wisconsin 20 on an 11-yard reception. · Chicago Tribune · Newspapers.com