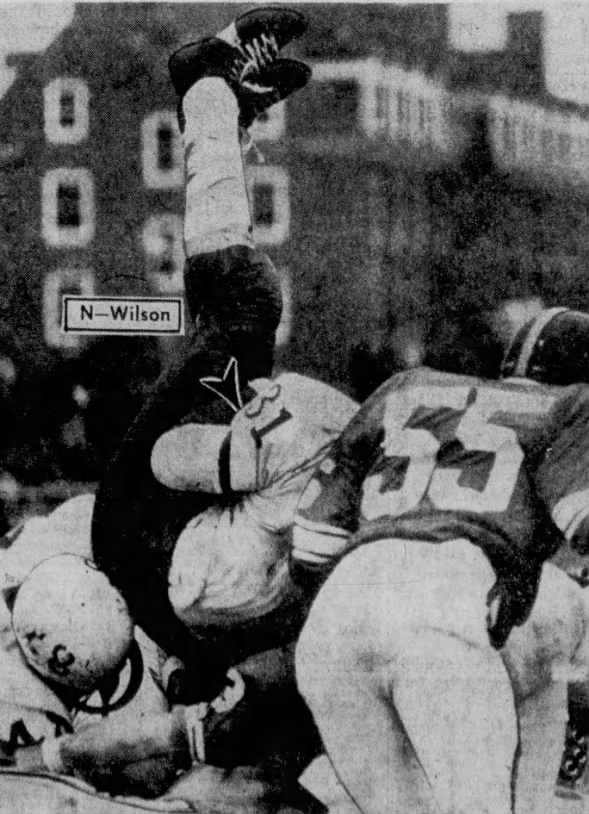 Nebraska again had to prove its right to greatness by driving 76 yards in the final five minutes — and then throttle the inspired Cowboys in the final seconds — to pull out a 21-17 victory.

Oklahoma State led first, then NU tied it 7-7, went ahead and fell behind again before the climax.

It really took some doing for the Huskers to win No. 9 after OSU had gone in front, 17-14, with only 5:18 left in the game. But Fred Duda launched the game-winning drive that was to sparkle with key plays.

It was Harry Wilson who came up big each time he had to — catching a 11-yard pass for a first down at midfield with a diving snare; a 11-yard run, coupled with a piling penalty to get the Huskers to the Cowboy 15; a leaping plunge on fourth down at the OSU 5 for a first down.

Pete Tatman bulldozed over from the two with 38 seconds left and Wachholtz kicked to make it 21-17, and the Huskers relaxed. But they shouldn’t have, because the Cowboys, led by great fullback Walt Garrison, drove all the way to the NU 23 before the last play of the game.

And on that one, Garrison tore 18 yards before Husker Billy Johnson brought him down at the NU 5.

An Orange Bowl bid to play Alabama was accepted and all that remained for an unbeaten season was to get by Oklahoma which had spoiled the same idea in 1964 — and the Huskers had to wait until Thanksgiving Day to settle the issue.