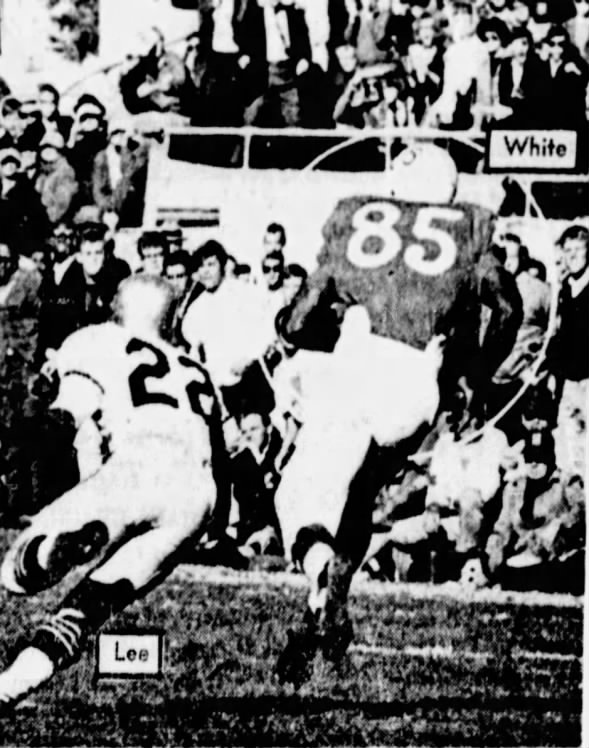 Homecoming fans were treated to a 95-yard touchdown play as the Cornhuskers licked a fine Colorado team, 38-13, for win No. 6.

The Huskers used a 28-yard field goal by Larry Wachholtz, his 60-yard punt return to set up a TD, and a plunge by Harry Wilson to jump out 10-0 in the first quarter before Colorado countered with a 26-yard field goal.

Then with a third-and-eight situation at the NU 5, the Huskers went for broke. Fred Duda lofted a pass to Freeman White, who took it in full stride and outran the Buffs’ speedy secondary for a 95-yard TD. It was a record play for the Cornhuskers, and broke the tight game wide open.

Nebraska led 31-6 at the end of the half, then turned the game over to the defensive “Black Shirts.”

White caught 139 yards worth of passes to set another NU record.