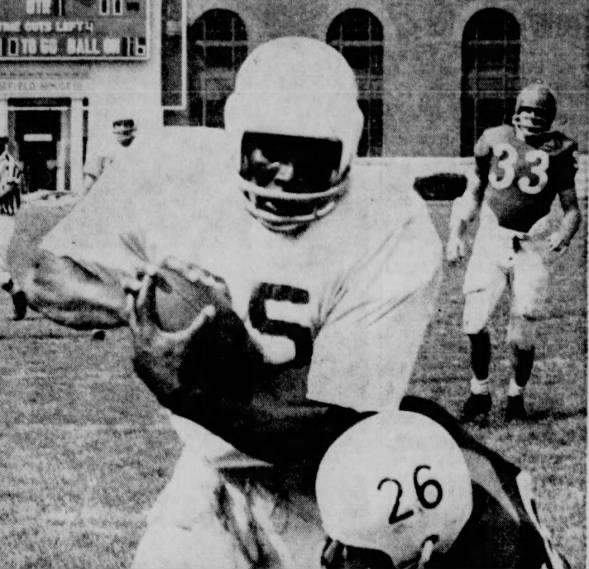 Bob Churchich took up where he left off as the Big 8’s Sophomore Back of the Year last fall by pitching a pair of TD passes to All Big 8 end Freeman White.

But the veteran combo wasn’t enough to counter the defensively stacked opposition as the Reds stopped the Whites, 33-27, in the spring practice final game. An All Sports Day crowd of 7,000 saw the free-wheeling action.