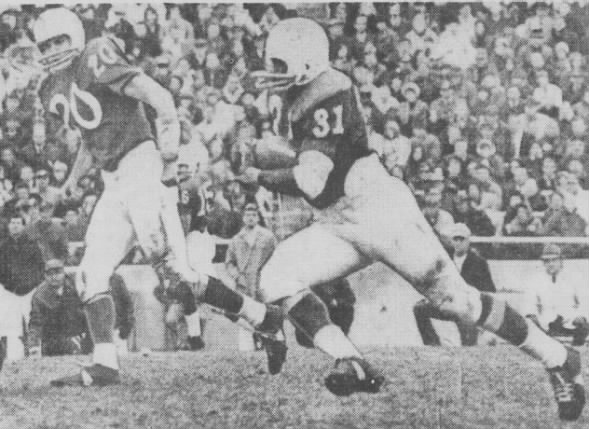 Some 52,533 Thanksgiving Day dinners were postponed as the Cornhuskers sought a perfect season against the Oklahoma Sooners, spoilers of their 1964 unbeaten hopes in a cold finale at Norman.

It looked to the chilly fans and millions of NBC television viewers like history would repeat as the Cornhuskers fumbled and stumbled during the first quarter – and Oklahoma kicked a field goal to lead, 3-0.

Another fumble in the second quarter set up a Sooner TD and it was 9-0, giving Nebraska its third come-from-behind challenge in its last four games.

Could they do it? Fred Duda was having trouble, so in came Bob Churchich.

The Huskers went to work, first with Harry Wilson piling up 33 yards as the Scarlets drove to the Sooner 29. There it was fourth and two and Nebraska went for the first down – and got a TD as Charlie “Choo Choo” Winters cut inside of right end, broke through a bevy of Sooners into the clear and then ran for his life.

That ensured only a 9-7 halftime deficit and set the stage for Lighthorse Harry to bring home the bacon.

The second time Nebraska had the ball in the third quarter, Wilson broke loose at the NU 34 and went all the way – knocking down tacklers, spinning on his hand after a stumble, cutting, whirling and then opening the throttle – for a 66-yard touchdown, which must rank with all-time best Husker runs.

With a 14-9 lead, Churchich had things well in hand. With 4:52 left in the third quarter, he spotted Wilson in the clear and fired a 38-yard TD strike to ice the game and wrap up Nebraska’s third straight Big Eight title and first perfect season since 1915.

Wilson’s overall performance was tremendous – 160 yards rushing, a brilliant TD run, a TD pass catch and a great day blocking. Churchich, too, responded like a champion after losing his starting role in the third game, and Pete Tatman turned in one of the most devastating blocking performances ever seen at Memorial Stadium. 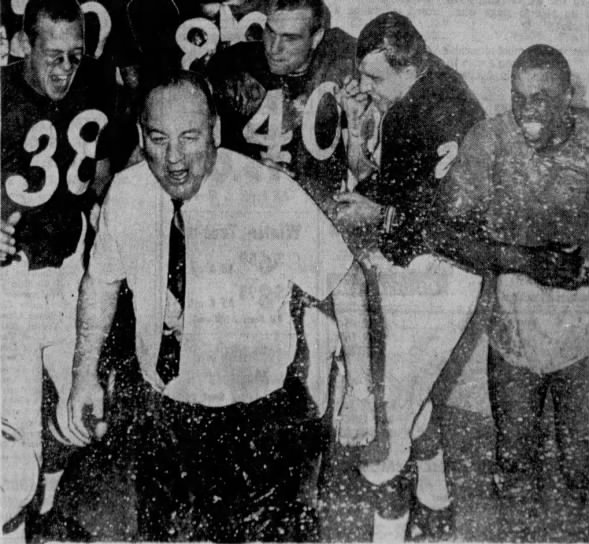