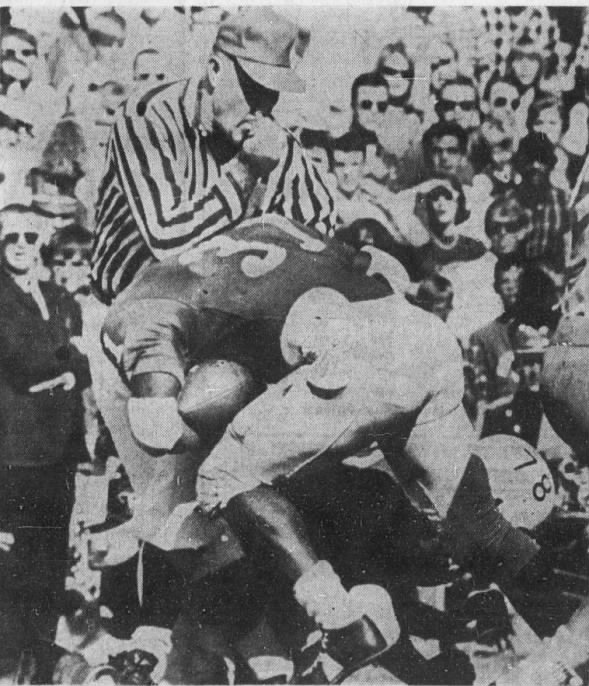 Harry Wilson collides with an official as he rams into the end zone on a 4-yard touchdown run. · Arizona Republic · Newspapers.com

One year earlier Nebraska quarterback Fred Duda received a broken leg playing at Iowa State and it was feared he might never play again.

But it was Duda who shook the lethargic Cornhuskers by his return after the Huskers failed to get rolling in the first quarter. And when it was over, Duda had sparked Nebraska to a 44-0 rout.

Duda got the Huskers going with a TD pass to soph Dennis Richnafsky and led NU to a 16-0 halftime cushion. After intermission he tallied himself and pitched a 26-yard TD pass to Freeman White before retiring. 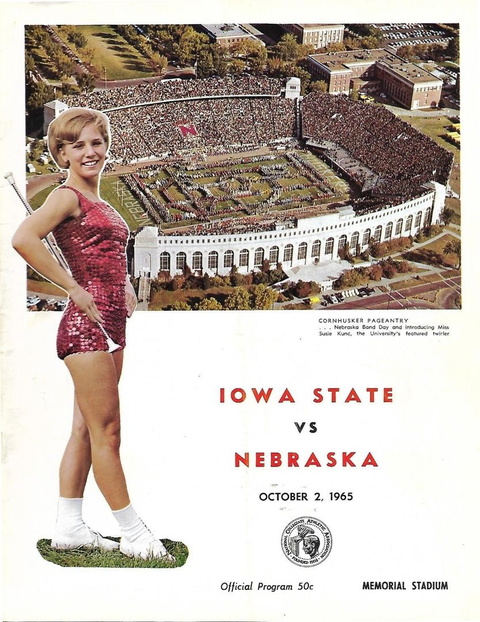