The Crimson Tide exploded dramatically in the second quarter to open a 24-7 halftime lead and then rolled for a shocking 39-28 decision in the Orange Bowl.

When the firing stopped, the Cornhuskers had become the third unbeaten team of the day to fall, and Alabama was able to jump from its pre-game No. 4 ranking to a second straight national title.

Alabama led 7-0 midway through the first quarter as quarterback Steve Sloan warmed up for a brilliant aerial performance with a 21-yard TD pitch to Ray Perkins. Nebraska countered early in the second quarter as Bob Churchich came off the bench to launch a brilliant aerial show of his own. Churchich tossed a 33-yard TD strike to All-America end Tony Jeter to even the count at 7-7. Nebraska’s defense forced Alabama to punt from its own 10, but a roughing-the-kicker penalty gave the Tide a new lease and Alabama took advantage – Sloan passing the Tide the length of the field for the go-ahead TD.

It was the same story the next time the Tide got the ball, a 93-yard aerial drive that gave Alabama a 21-7 lead with 1:42 left in the half. This set the stage for two straight successful Alabama onside kicks, the first setting up an 18-yard field goal to give the Tide a 24-7 halftime bulge the Huskers simply couldn’t overcome. 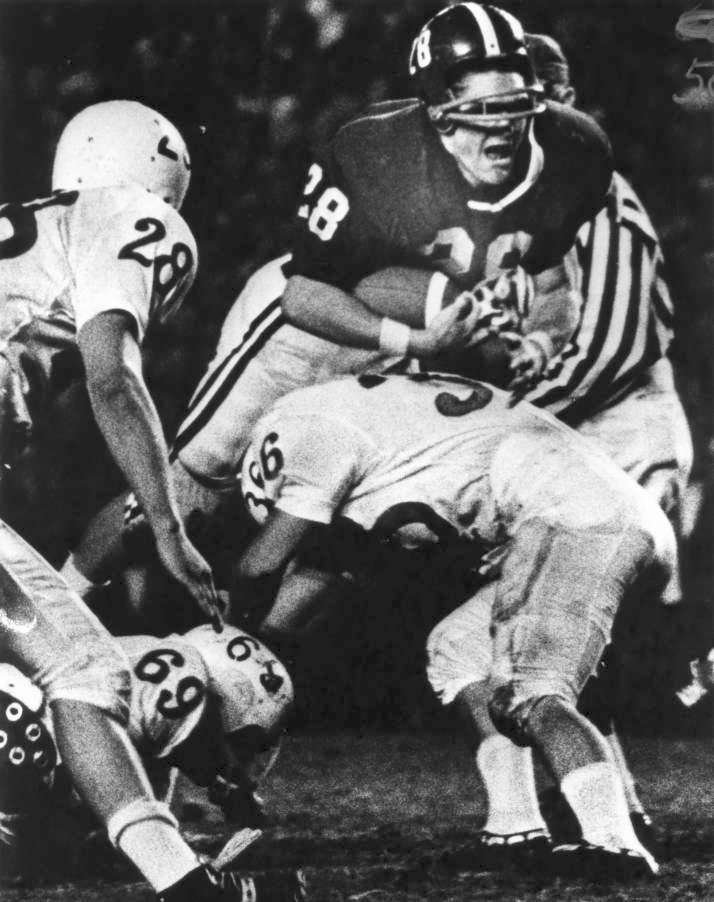