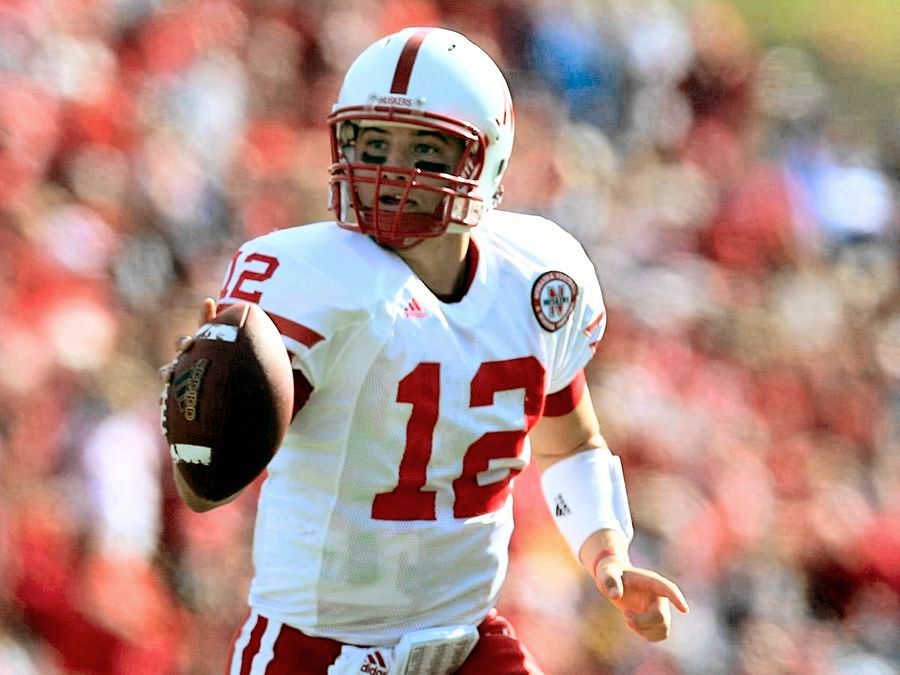 Joe Ganz threw for 405 yards and four touchdowns in his first start, but he also was intercepted four times. | Courtesy of Huskers.com

Kansas’ offense proved virtually unstoppable as the Jayhawks blew out the Huskers in Lawrence, 76-39, producing the highest point total ever by a Nebraska opponent.

After a three-and-out to start the game, the Jayhawks never again punted. They carried a 48-24 lead into halftime after scoring touchdowns on seven consecutive possessions.

The 48-point total at the break was also a Nebraska opponent record.

In his first career start as Nebraska’s quarterback, Joe Ganz completed 25 of 50 passes for 405 yards and four touchdowns to lead Nebraska to the biggest offensive output allowed by KU’s defense this season. Ganz was intercepted four times, however, while the Jayhawks played turnover-free football.

Nebraska receiver Maurice Purify had a huge day with seven catches for 158 yards and three scores. I-back Marlon Lucky added six catches for 83 yards, including a 62-yard catch and run for a touchdown that gave NU a 14-7 first-quarter lead.

This stuff doesn’t feel so strange anymore, watching Nebraska get annihilated on another Saturday.

What gives? It’s effort, it’s coaching, it’s scheme or a lack of it. But at this point, it just doesn’t matter.

It’s too bad that a courageous performance by quarterback Joe Ganz in his first start was so overshadowed by a mountain of Kansas points.

The Jayhawks probably did as much running around Memorial Stadium on Saturday as you’ll see at next spring’s Kansas Relays.

Nebraska isn’t fun to watch, because they don’t look like they enjoy playing.

I think we’ve seen enough. Kevin Cosgrove must resign as the Cornhuskers' defensive coordinator immediately, if not sooner.

Kansas thrashed the Cornhuskers 76-39 on Saturday. Are you kidding me? This is the ultimate Nebraska joke.

Just when you thought a nightmare like the Train Wreck at T-Tech in 2004 was a thing of the past, bingo, KU lays 76 on us.

This, folks, is the nadir for Nebraska football. Just how did it get to this point, though? So bad, so quickly.

The blue collar that Mangino wears to work masks his Ivy League-worthy brain.