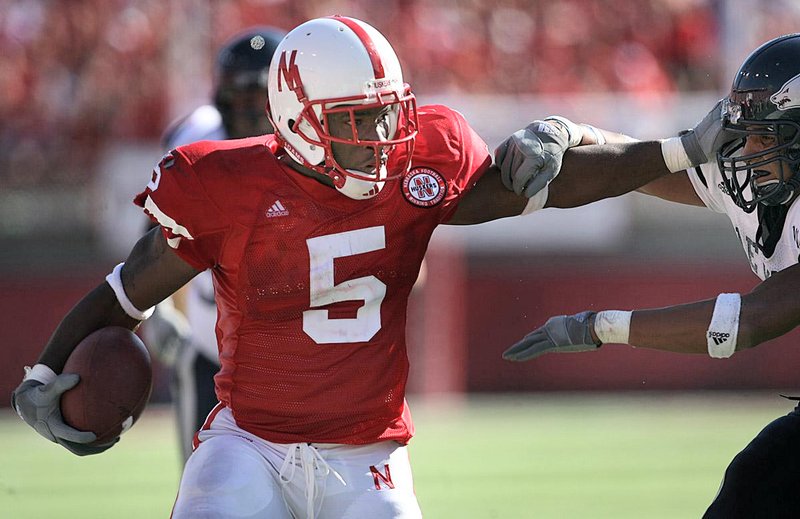 Marlon Lucky erupted for a Nebraska season-opening record 233 rushing yards and three scores to power Nebraska to a 52-10 victory over Nevada.

Lucky stole the show as the featured back in Nebraska’s high-powered rushing attack that racked up 413 yards on 70 attempts against the Wolf Pack. He became the first Husker to score four touchdowns in a game since David Horne did it at Texas A&M in 2002.

Freshman I-back Quentin Castille enjoyed an impressive first game in a Husker uniform by adding two rushing touchdowns of his own while carrying 18 times for 78 yards.

Senior quarterback Sam Keller also produced a solid opening effort at the controls of Nebraska’s West Coast Offense by completing 14-of-25 passes for 193 yards with one touchdown and an interception in his highly anticipated Husker debut.

Keller and reserve quarterback Joe Ganz also got plenty of receivers involved in Nebraska’s passing attack, as 11 Huskers recorded at least one reception.

All the backs had a good game because the line was tremendous. This is best our line has looked in long time.

Starting next week, the answers — not to mention the yards — won’t come as easily.

Rest assured, there will be bigger days ahead for Keller.

Overall, Keller seemed to be trying too hard – especially in the first half.

It’s hard not to notice the improved depth this team has, particularly on defense.

Nebraska's "pound the rock" motto in 2006 was nice and catchy, but it didn't always hold true in big games. The Huskers may have the horses this time around.

Did I see right ... Bill Callahan just used a fullback as more than a blocker?

This was at least a glimpse of Bill Callahan’s West Coast offense as it was meant to be run.

If the Huskers can run effectively this fall, they should be in every game. If they can't, well, Bill Callahan might have to wait another year to get his first signature win.