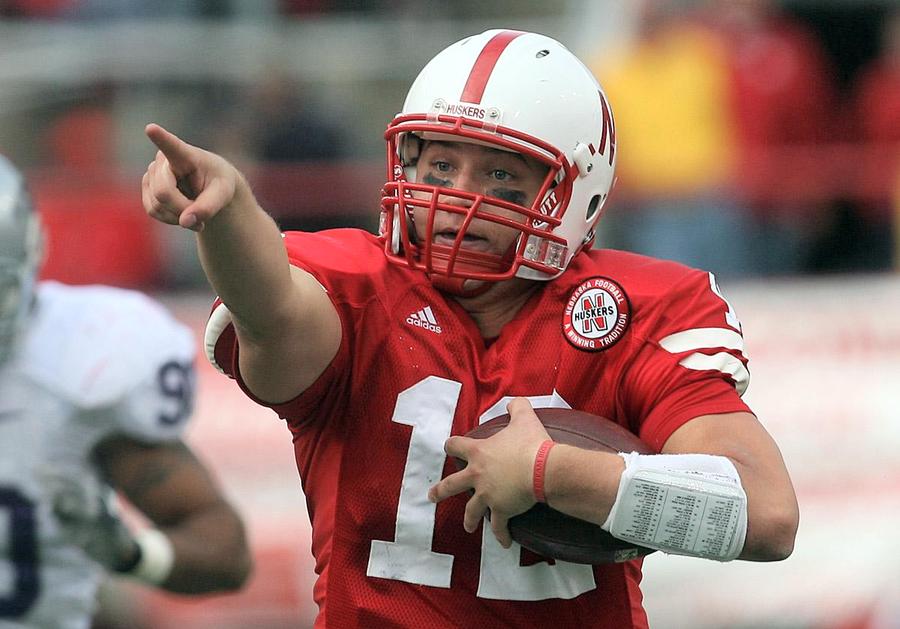 Joe Ganz produced one of the best individual offensive performances in school history to lead a high-powered Nebraska offense to more than 700 total yards in a 73-31 victory over visiting Kansas State in the Big Red’s home finale.

The junior quarterback from Palos Heights, Ill., completed 30 of 40 passes and did not throw an interception in his second career start.

Nebraska amassed 702 yards of total offense, the first time since 1995 that the Huskers crossed the 700-yard plateau. NU also produced its first 70-point scoring total since hanging 77 on Iowa State in 1997.

The Huskers, who snapped a five-game losing streak to improve to 5-6 overall and 2-5 in Big 12 play, fell behind 7-0 on KSU’s second drive of the game before senior cornerback Cortney Grixby ignited the Husker faithful with a scintillating 94-yard kickoff return for a touchdown to tie the score midway through the opening quarter.

Bill clearly ran the score up on Saturday. I think he trying to say to the fans ‘See what you will be missing if I get fired.’

This turned out to be a feel-good day for the Huskers, a day the ugly storm dissipated, if only for a few hours, just in time for Senior Day.

What did this mean for Callahan’s future at NU? Was this a reason to reconsider? Or more an indictment of what should have been?

This was a game for all those fans who wish we could just turn back the clock to better times for Nebraska football.

Too bad Freeman couldn’t have been the opposing quarterback every week this year.

What a difference Joey Ganz made in his first home start.

Just when it seems you have [Callahan’s] teams figured out, they pull a fast one on you.

It was like a time machine blast to the past of the scoring explosion team of 1983.

This was arguably the best rebound since Brad Pitt landed Angelina Jolie.