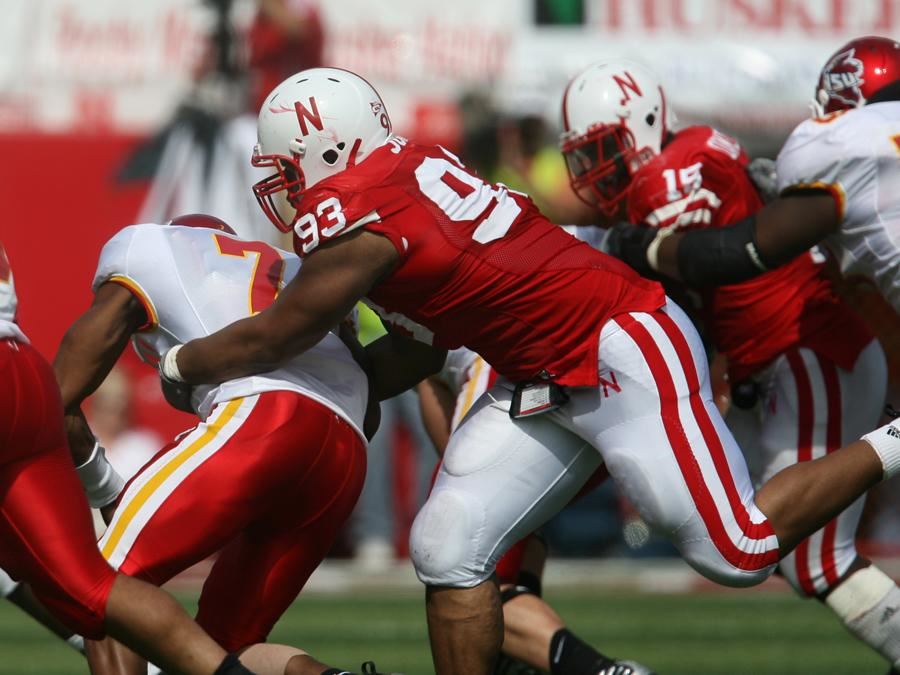 In a game marked by crucial possession changes on turnovers, linebacker Bo Ruud made the biggest play with his 93-yard interception return late in the third quarter to seal a 35-17 win for the Huskers to open conference play.

Ruud caught the deflection on a pass breakup by Cortney Grixby. It was one of four turnovers by the Cyclones, who lost despite holding onto the ball for more than 39 minutes and running 102 plays compared to the Huskers’ 59.

Grixby, who made a key block on Ruud’s return, also picked off two passes. His return of the second interception for 41 yards to the ISU 3 set up Thomas Lawson’s second TD reception of the day in the final three minutes.

Grixby also helped kickstart the Husker offense in the second quarter with a 51-yard kickoff return. He finished with 140 all-purpose yards.

The Husker offense was productive in its short time on the field. Marlon Lucky got things started with a 20-yard touchdown pass to tight end Sean Hill in the second quarter, and after Lawson’s first scoring reception, Lucky added a 41-yard TD run to push the lead to 21-10.

Lucky finished with 107 yards on the ground while quarterback Sam Keller was 18-of-28 through the air for 219 yards and two touchdowns.

Even though there was improvement in some areas Saturday, the way we played will not be sufficient in the remaining games.

Burn Defensive Coordinator Kevin Cosgrove at the stake if you want, but he had his team prepared.

Scrutinized for much of the season, Nebraska's linebackers stepped to the forefront.

Why does it feel like these Huskers are ill-prepared for what could turn into a very bloody October?

The Huskers have players capable of making big plays on both sides of the ball. It's just the inconsistency that has everyone scratching his head.

Some teams shoot themselves in the foot. Iowa State shoots itself in the temple.