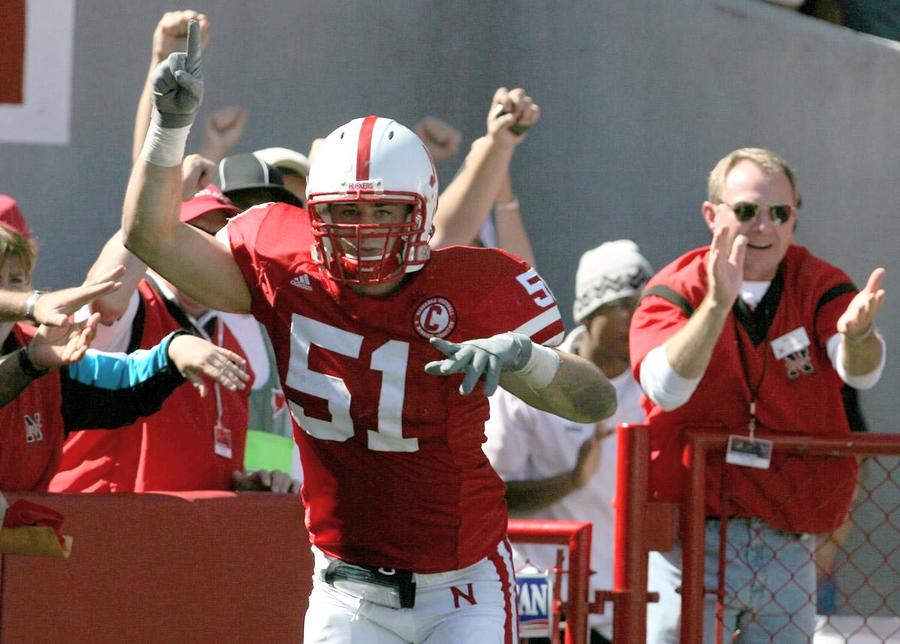 Nebraska used a nine-play, 82-yard touchdown drive to cap a rally from a nine-point fourth-quarter deficit to stave off an upset by Ball State, then sweated out one final threat from the Cardinals at game’s end for a 41-40 victory.

Nebraska racked up 552 yards of total offense only to be outgained by Ball State, which produced 610 yards, the third-highest total ever by an opponent at Memorial Stadium. BSU quarterback Nate Davis threw for 422 yards and three touchdowns while rushing six times for 57 yards and another score.

Dante Love was Davis’ favorite target, making 10 catches for 214 yards and a touchdown. But with the Cardinals driving on their last possession, a wide-open Love could not haul in a Davis aerial that could have put BSU back on top in the final 30 seconds. After a third-down pass breakup by Steve Octavien, Ball State’s a 55-yard field goal attempt with 17 seconds remaining sailed wide left.

Keller’s 438-yard passing day eclipsed Zac Taylor’s school record of 433 yards, set in 2005. Marlon Lucky’s 11 catches were the most ever by a Husker running back, and he also rushed for 102 yards.

We have all the problems that a defense can have from no pass rush to poor tackling.

With due respect to the fighting Cardinals, this looked like mediocrity, Big Red style.

While the Huskers didn't necessarily appear flat, they often looked completely inept on the defensive side.

Husker fans will be talking about this one for years to come — and for all the wrong reasons.

Don't lose the vision of Ball State receiver Dante Love in the open and having a for-sure touchdown reception slip through his hands with 27 seconds to play.

Maybe that's why fans were booing. In Callahan's fourth year in Lincoln, he's calling a one-point win over Ball State a step forward.