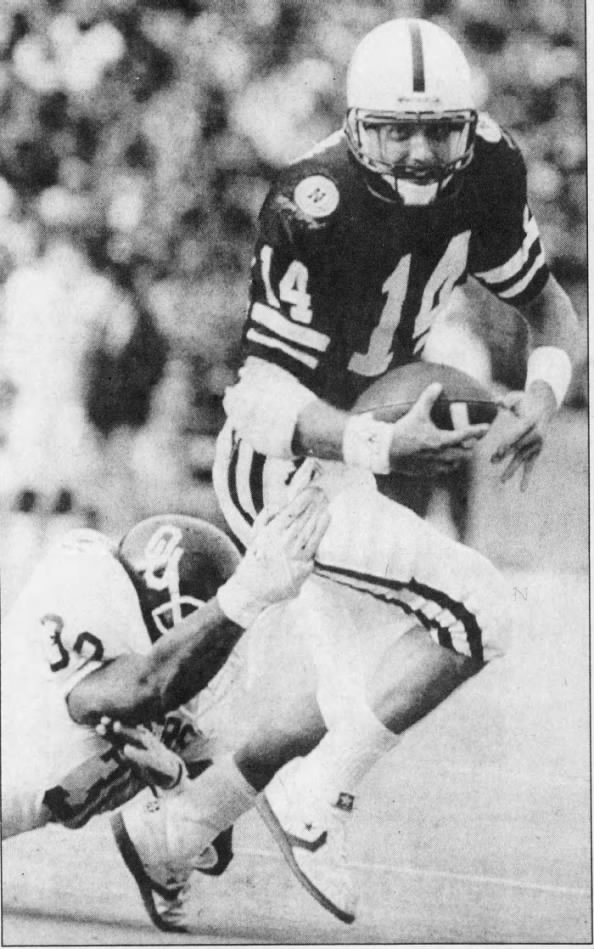 Nebraska scored on its first four possessions en route to a 25-18 halftime lead. The Huskers pulled away in the third quarter with a pair of touchdown passes while the Sooners went scoreless during the period, thanks in part to Tahaun Lewis’ interception of an OU pass inside the Nebraska 25.

In leading the Huskers to their most points ever against the Sooners in Memorial Stadium, Gdowski set a Nebraska season record with 204.6 total-offense yards per game. I-back Ken Clark, meanwhile, became the 11th player in Big Eight history to top 3,000 rushing yards, finishing at 3,037.

Two of Oklahoma’s three touchdowns were set up by trick “fumbleroosky” plays, with guard Mike Sawatzky running the ball for gains of 16 and 6 yards after scooping up intentional fumbles.

The win was the Huskers’ 103rd in the 1980s, tying Alabama’s NCAA record for wins in a decade. 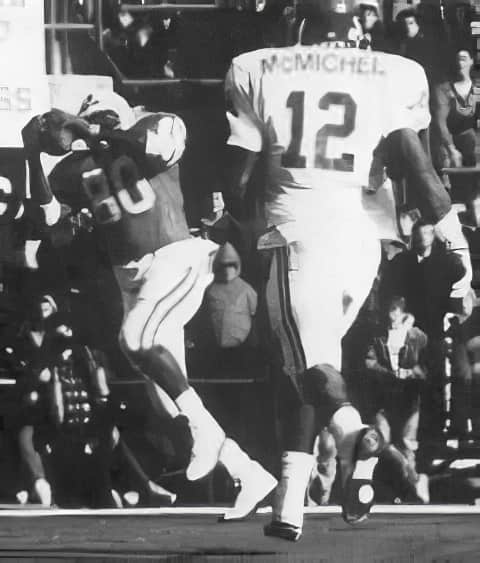 Chris Garrett makes one of his two touchdown catches. | Courtesy of Nebraska Athletics