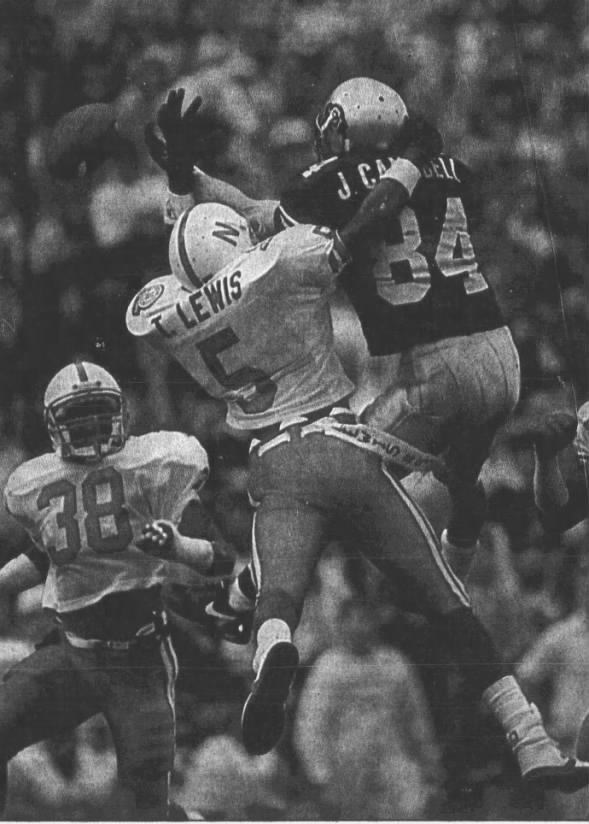 Gerry Gdowski’s pass intended for Jon Bostick in the end zone on the last play of the game was deflected by Colorado’s Dave McCloughan, preserving the second-ranked Buffaloes’ 27-21 win over third-ranked Nebraska and leaving CU all alone at the top of the Big Eight standings.

Gdowski, who threw three touchdown passes and racked up 280 total-offense yards, had driven the Huskers from the NU 12 to the CU 42 in the last 1:40 before the last-ditch pass fell incomplete.

Nebraska opened the scoring with a 51-yard touchdown on a screen pass from Gdowski to fullback Bryan Carpenter. Colorado tied it up five minutes later when halfback J.J. Flannigan scored on a 70-yard run.

A key moment came in the third quarter when a red-zone interception by Nebraska was ruled interference and a subsequent Colorado touchdown gave the Buffaloes a 10-point lead. Late in the quarter, the Huskers pulled within three with a pass from Gdowski to Chris Garrett, but Colorado kept Nebraska off the board in the final period and added a field goal for the final six-point margin. 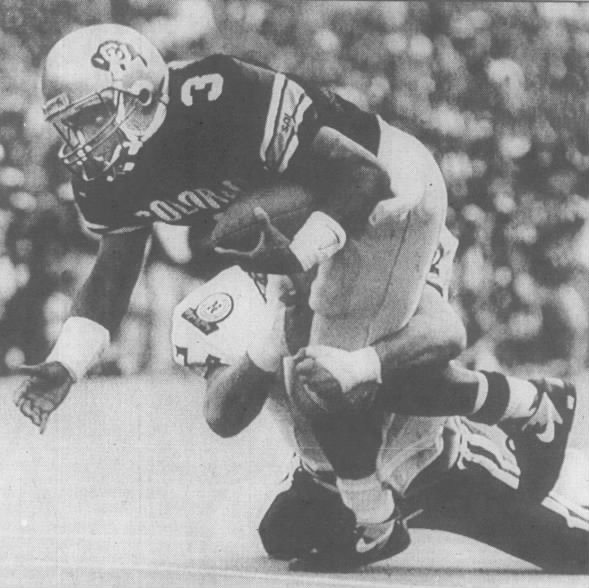 Gerry Gdowski on the run
* Article may require subscription