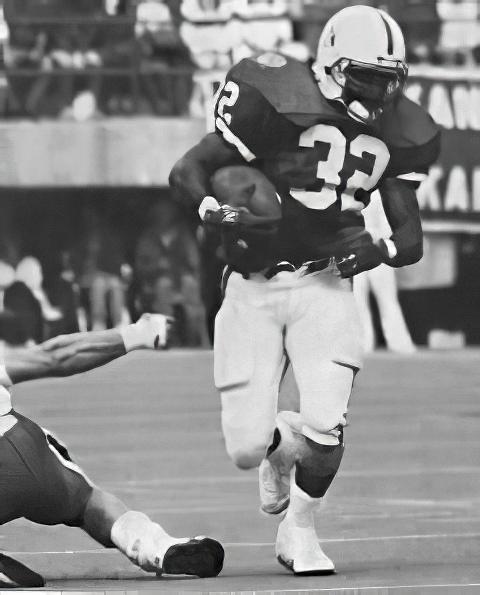 Ken Clark rushed for 168 yards before leaving with a bruised knee. | Courtesy of Nebraska Athletics

Huskers shake off sloppy first half vs. Huskies

Northern Illinois took advantage of five first-half Nebraska turnovers to forge a 17-17 halftime tie, but the Huskers bounced back to score on their first four possessions of the second half, including Chris Drennan’s school-record-tying 55-yard field goal, to pull away for the win.

The Huskers’ second-half rally came without All-Big Eight I-back Ken Clark, who ran for 168 yards in the first 18 minutes before leaving with a bruised knee. In the first half, the Huskies turned three NU turnovers into scores and stopped Husker drives with the others.