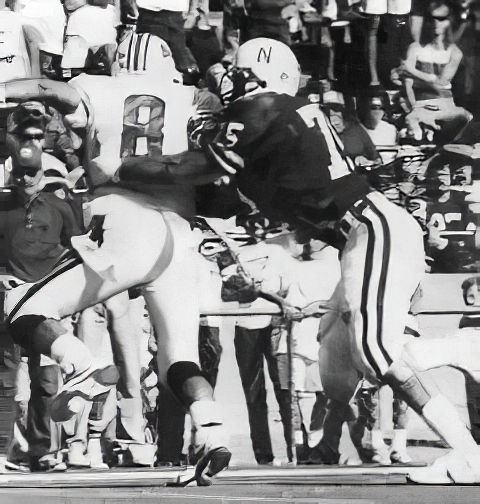 Third-ranked Nebraska completed the nonconference portion of its schedule with a hard-fought, 35-7, win over a stubborn group of Oregon State Beavers.

The Husker defense again proved to be the difference as the Blackshirts sacked Oregon State passers a school- and Big Eight-record 11 times and held the Beavers to a negative 36 yards rushing, the third-best performance in Nebraska history.

Nevertheless, it took a 60-yard TD pass from Gerry Gdowski to sophomore Jon Bostick early in the fourth quarter to put OSU away.

• A Banner Day for the Blackshirts

• Beavers too generous in loss to Cornhuskers