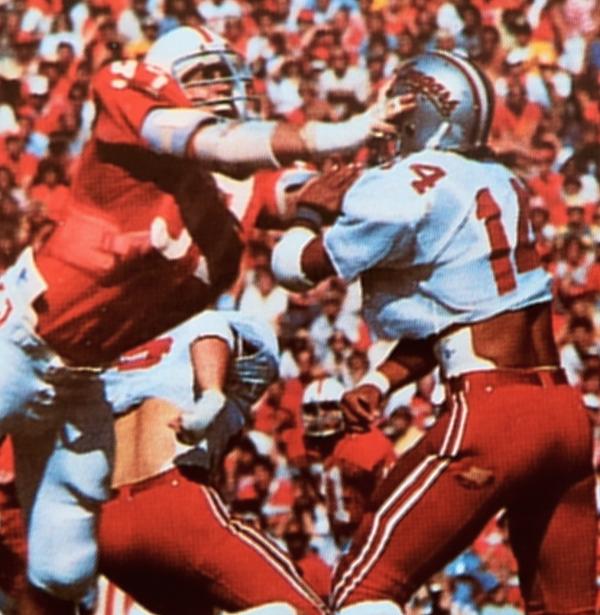 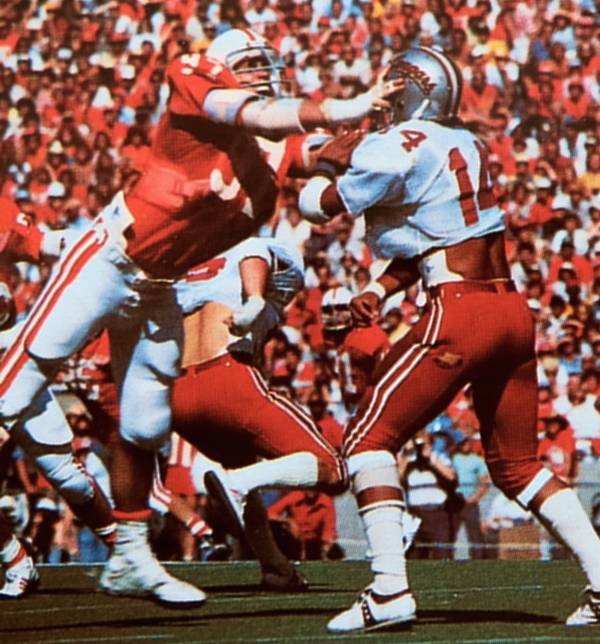 Nebraska dominated the game, but the Cougars were the beneficiaries of numerous Nebraska turnovers and capitalized on them to pull off a major upset.

The Huskers fumbled inside the Cougar 10-yard line three times and also fumbled a punt at the NU 25 to set up Washington State’s first TD.

Despite two fumbles and a missed field goal, Nebraska pulled out a 7-7 tie at halftime. A third-quarter march ended in futility again when the Huskers fumbled at the WSU goal line. The Cougars drove to a 14-7 lead – both TDs on passes from Jack Thompson to Brian Kelly – and Nebraska closed the gap to 14-10 on a Billy Todd field goal.

However, the Cougars countered with a field goal, nabbed Husker quarterback Randy Garcia in the end zone for a safety, and recovered another fumble at the WSU six to clinch the upset.

Nebraska had 470 yards but only 10 points, and the result was a disappointing start for 1977, with a date with Alabama on TV the next week.