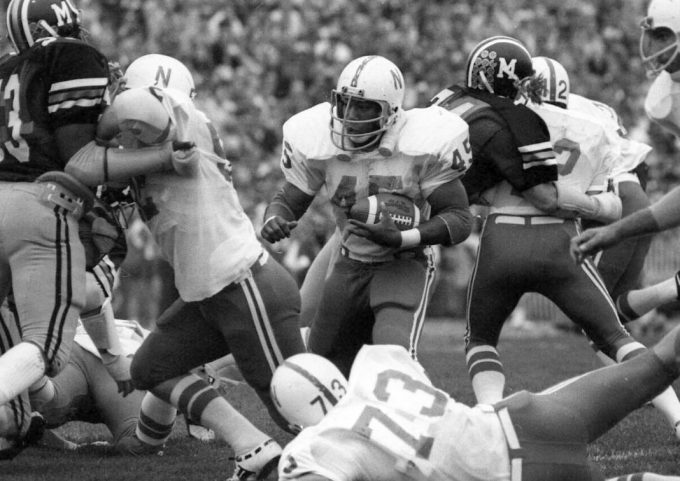 Fullback Dodie Donnell picks up yardage for the Huskers. | Courtesy of Nebraska Athletics

In another tough Big 8 contest, the Cornhuskers traveled to Columbia to play the Missouri Tigers. The big job for the Husker defense was to stop the Tigers’ outstanding passer, Pete Woods. And stop him they did, holding the Missouri star under his game average and beating the Tigers 21-10.

Nebraska was led by the rushing of junior I-back Richard Berns and the defensive play of monster back Jim Pillen and linebacker Jeff Carpenter.

Berns had 81 yards and two touchdowns to head the Husker offense. In addition, Billy Todd kicked three field goals of 37, 27, and 42 yards.

The Huskers’ problems came inside the 20 yard line as they were plagued with fumbles and other turnovers.

The big story was the play of the entire Nebraska defensive unit as they continually stopped the Tiger offense, allowing only 10 points. 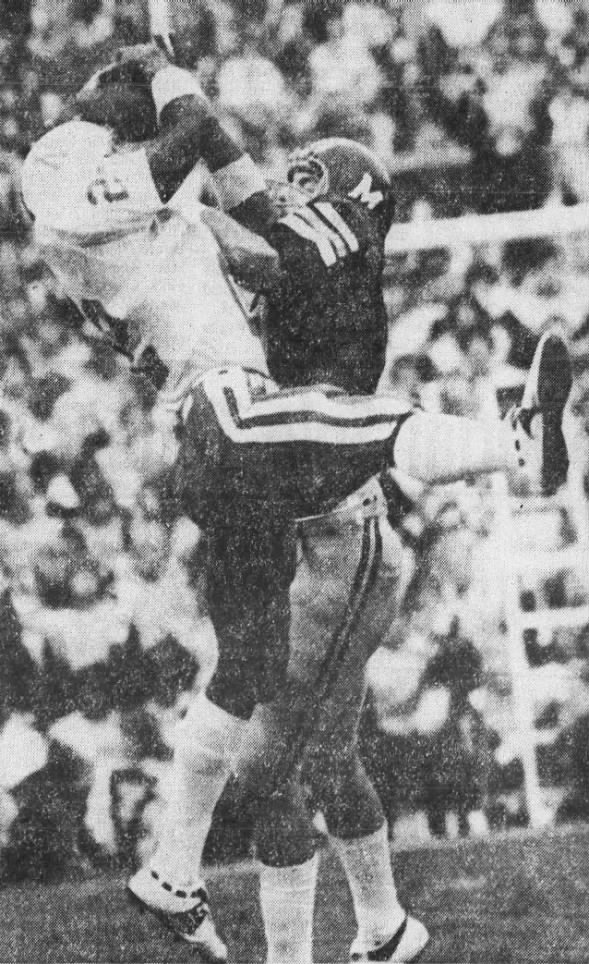