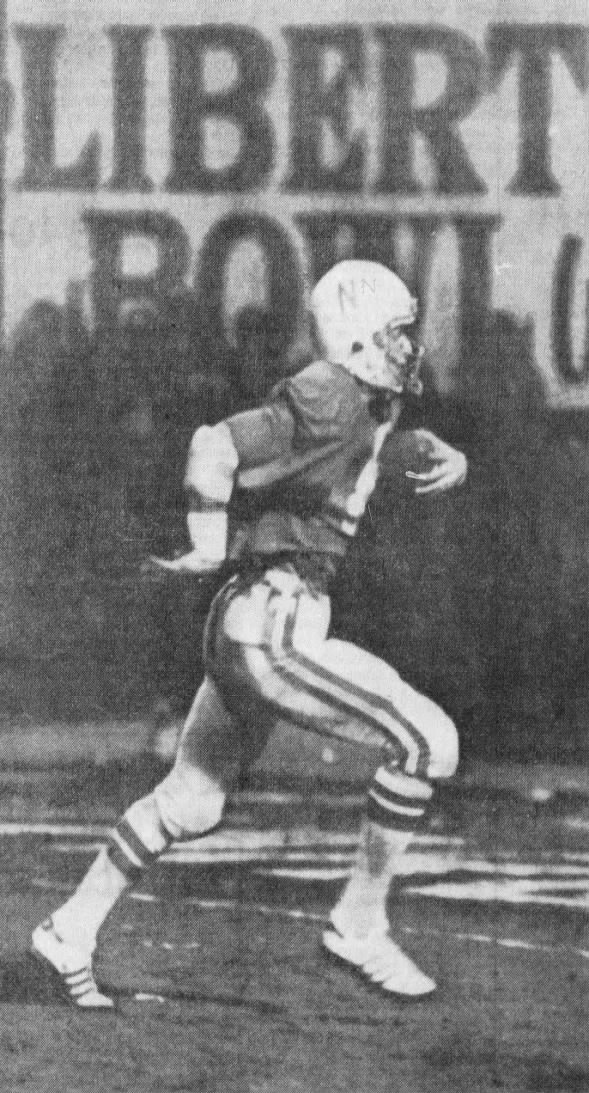 Tim Smith is all alone as he scores the winning touchdown on a 34-yard pass from Randy Garcia with 3:16 remaining. · The Wichita Beacon · Newspapers.com

Quarterback Randy Garcia came off the bench in the fourth quarter to throw two touchdown passes and rally Nebraska from a 17-7 fourth-quarter deficit to a 21-17 win over North Carolina in the Liberty Bowl.

Garcia first hit wing­back Curtis Craig with a 10-yard touchdown pass (a sensational diving catch) with 10:51 left to cut the deficit to 17-14, then threw a 34-yard scoring pass to Tim Smith with 3:16 left in the game.

The Tar Heels drew first blood early in the second quarter on a 12-yard scoring pass from Matt Kupec to tight end Brooks Williams. Then, after the Huskers had tied the game at 7-7 on a 15-yard TD run by fullback Dodie Donnell, Kupec threw a 10-yard scoring pass to fullback Bob Loomis late in the half, giving UNC a 14-7 halftime lead.

Carolina upped that to 17-7 late in the third quarter on a 47-yard field goal by Tom Biddle, and the Tar Heels appeared to be in control until Garcia’s heroics brought NU back.

H’MAX NOTES: George Andrews’ 19 total tackles set a Liberty Bowl record. … Nebraska was the only team to score more than 14 points against the 1977 Tar Heels, who led the nation in scoring defense in the regular season (7.4 ppg). … NU’s TD drives covered 64, 74 and 57 yards. The Huskers drove to the UNC 6 at the end of the first half but came away with no points. … Nebraska completed just 44.8 percent of its passes during the regular season but was 14-for-17 (82.4%) in this game. … UNC tailback “Famous” Amos Lawrence left the game after injuring an ankle in the second quarter. … North Carolina finished 8-3-1. 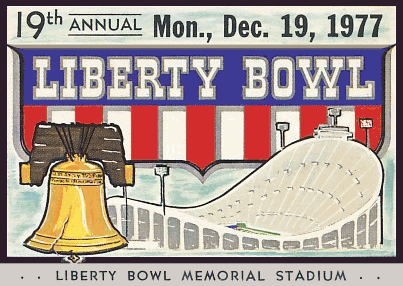